MarketersMEDIA Year End Sale is back for 2020! Reach  APNews, MarketWatch, ABC,  and more than 480 media outlets at up to 80% off! Check It Out Now
Sign Up Your Account Send Press Release
MarketersMEDIA / Newsroom / Texas-Style Chef Rob Snow Gives Austin Healthy Options With New Farm-to-Table Restaurant

Now parents in the suburbs of Austin, Texas no longer have to give in to their kid’s desire for chicken nuggets. That’s because Texas-style chef Rob Snow has opened Greenhouse Craft Food, a new farm-to-table restaurant in Round Rock. 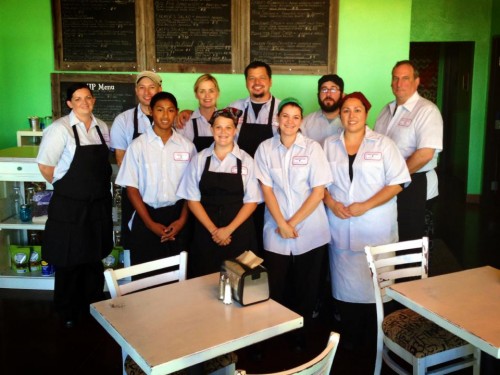 Austin, TX,, USA - - December 11, 2013 /MarketersMedia/ — Chef Rob Snow, owner of Greenhouse Craft Food, a new farm-to-table restaurant in Round Rock, Texashas watched the popularity of farm-to-table restaurants grow among urban Austinites over the past few years. After realizing that there was a lack of healthier food options in the suburbs, the Texas-style chef decided to open a restaurant that serves locally sourced, antibiotic-free, and hormone-free food that the entire family can enjoy.

“Lifestyles and traffic keeps families stuck in the suburbs eating at chain restaurants and local restaurants that offer few healthy choices with nothing on the menu that is locally sourced,” says Chef Snow. “I want those families to have the same access to healthy locally grown food as those who live in Austin. Their kids shouldn’t have to be stuck eating chicken nuggets.”

Chicken nuggets have been described by researchers in the American Journal of Medicine as a hodgepodge of pure fat, blood vessels, pieces of bone, nerves, and cartilage. Oddly, multiple Olympic gold-medal winner Usain Bolt wrote about his love for chicken nuggets in his recently published memoire, Faster Than Lightening. The Jamaican sprinter claims to have eaten more than 1,000 chicken nuggets during his 10-day stay in Beijing during the 2008 Olympics.

“I’m a parent and I don’t want my kids eating chicken nuggets. That’s why I created whole meat nuggets and antibiotic/hormone-free Jr. Burgers for kids,” says Chef Snow. “I’m happy that my kids and those of my customers are responding so well to our farm-fresh menu.”

The breakfast, lunch, and dinner menus at the casual Greenhouse Craft Food features shrimp and fish from the Gulf, vegetables and chicken from local farms, as well as pork and beef from local ranchers. The beverage menu spotlights local craft beer and Texas wines.

If anyone want to know where their food and drink came from, Chef Snow will share with all his list of local suppliers. He’s proud of his close personal relationships with more than 30 suppliers in the area.

Originally from Alvin, Texas, Chef Snow graduated Valedictorian of his class at Le Cordon Bleu College of Culinary Arts Las Vegas. He then worked with the team that opened FIX, an American avant-garde restaurant at the Bellagio. After returning to Texas, Chef Snow continued to expand his culinary skills, knowledge of local food and flavors, and the business side of restaurant operations while working at Vintage Villas, Sterling Affairs Catering, Mansion at Judge’s Hill, and Fore Lakeway.