Sign Up Your Account Send Press Release
MarketersMEDIA / Newsroom / Retired Senator, Congressman and Lobbyist Chronicles His Version Of The American Dream In His New Book

Retired Senator, Congressman and Lobbyist Chronicles His Version Of The American Dream In His New Book

Retired Texas Democrat Senator and Governor, Bill Sarpalius, narrates his story from dumpster diving to the United States Congress in his new book titled "The Grand Duke from Boys Ranch" 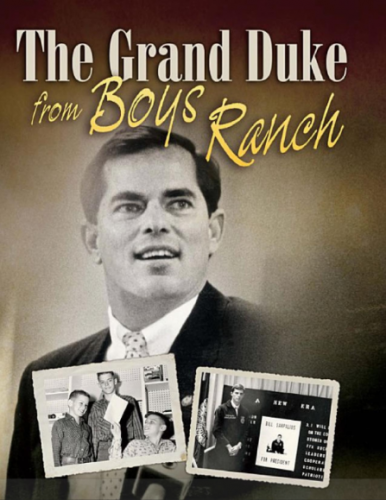 February 24, 2021 — "The Grand Duke from Boys Ranch" is the latest project from the public speaker and lobbyist as he tells the story of American politics with a no-holds-barred approach, narrating how he was able to live the American Dream despite his seemingly humble background.

The new book is a classic tale of The American Dream for Bill Sarpalius as he takes readers on the journey of his life, including how he had to squat with his brothers in random vacant houses and how the family struggled with an alcoholic and suicidal mother, who called herself “Honey” and bounced from job to job. The closest thing Bill got to a reward was Boy’s Ranch as he was unable to read at thirteen. He joined the Future Farmers of America, where he discovered his speaking abilities, which was the turnaround he needed.

Bill chronicles his transition from rags to riches by becoming a college graduate, a teacher, and a Senator of the United States of America. The author also detailed his successes as a US Congressman, by paving a path with Dr. Vytautas Landsbergis of Lithuania, who he helped in part by setting the country free from the Soviet Domain and the eventual collapse of the Soviet Empire.

Described as “one of the good guys who actually worked for the people here and abroad,” Bill Sarpalius remains one of the most influential US senators and Congressmen of all time. The Lithuanian government presented Bill Sarpalius with its highest award, The Grand Duke of Lithuania gold medal, an incredible and unique honor for the former homeless boy from Boys Ranch, Texas that caps his journey through life.
"The Grand Duke from Boys Ranch" is currently available on Amazon where it continues to receive rave reviews from readers across the globe. The timeliness of the book launch is particularly amazing, in a period when most people have seemingly lost faith in politicians.

In line with his goal of inspiring millions of people to greatness, Bill is in the process of sharing his story with speaking engagements online and in person.

For more information about "The Grand Duke from Boys Ranch" and other works from Hon. Bill Sarpalius, please visit - https://sarpalius.com.

Bill Sarpalius is a Retired Texas Democrat Senator and Governor and is currently an author, Lobbyist, and public speaker. Bill hopes to share his story, wealth of experience, and knowledge with as many people as possible to inspire them to overcome life challenges and achieve greatness.