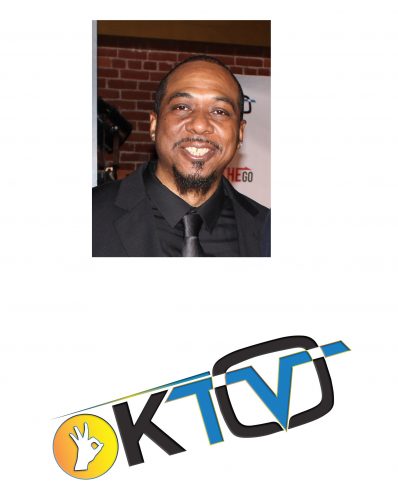 Los Angeles, CA - September 16, 2018 /MarketersMedia/ — Purespectrum Inc. (PSRU:OTC) is pleased to announce that it has acquired all of the membership interest in Opportunity Knocks Television (“OKTV”) which is a variety family network with unique content including scripted programs, reality TV, sports, comedies, self-help programs, and talk shows contributing to societal change.

OKTV distinguishes itself from other networks in that it has moved away from the traditionally accepted method of negotiation between content producers, advertisers, financiers, legal and contractual teams. Instead, OKTV employs a novel approach to distribute television shows: An open negotiation - a disruptive business strategy where OKTV does not act as the broker between the parties involved. Open negotiation has the advantage of encouraging more original programming because the level of risk is shared equally between the content producer, financier, and advertiser.

OKTV is currently broadcasting on KCTU in Wichita Kansas and WBCF in Alabama. Its broadcast is also available by streaming in over 90 countries via DIRECTV, Rabbit TV Plus, Roku, Amazon Firestick, Philips and Samsung Smart TVs, Twiggi TV, Giniko, and the TV To Go app. It can also be downloaded on the Apple App Store and Google Play. Based on in-house metrics, OKTV estimates that it has around two million downstream and regular viewers and growing. Its flagship program is called Opportunity Knocks, a show where people who have given up everything to help others are themselves provided with the opportunity to achieve their dreams.

With this acquisition, Dallas Boley will appoint Xavier “X” Mitchell as the sole officer and director and then resign shortly thereafter.

Dallas Boley states, “It is with great enthusiasm that I welcome Xavier to take the helm. OKTV reminds me of Netflix in its infancy with even more potential. Shareholders should be ecstatic with this acquisition.”

Xavier Mitchell states, “Shareholders should benefit from this acquisition. We have lots of exciting projects such as Opportunity Knocks, Laugh at LA and Going Beyond Story and I am working on securing programming from various other content providers throughout the world. Our goal is have something for everyone.”

Updates will be forthcoming.

About OKTV
OKTV (Opportunity Knocks) is a broadcast entertainment network offering 24/7, 365 days a year programming. Viewers are able to enjoy original programming, TV series, documentaries and feature films across a wide variety of genres. The network can be watched from viewers as much as they want, anytime, anywhere, on any Internet-connected screen TV or mobile device.

The network debuted in March, 2018 and is available in the U.S. on DirectTV, and also accessible via Roku, Amazon Fire, and Rabbit TV. OKTV also streams live on its Facebook page and via Phillips and Samsung Smart TVs, as well as on the app TVtogo.

Legal Notice Regarding Forward-Looking Statements: This press release contains forward-looking information within the meaning of section 27A of the Securities Act of 1933 and section 21E of the Securities Exchange Act of 1934 and is subject to the safe harbor created by those sections. This material contains statements about expected future events and/or financial results that are forward-looking in nature and subject to risks and uncertainties. That includes the possibility that the business outlined in this press release cannot be concluded for some reason. That could be as a result of technical, installation, permitting or other problems that were not anticipated. Such forward-looking statements by definition involve risks, uncertainties and other factors, which may cause the actual results, performance or achievements of Purespectrum Inc. to be materially different from the statements made herein. Except for any obligation under the U.S. federal securities laws, Purespectrum Inc. undertakes no obligation to publicly update any forward-looking statement as a result of new information, future events or otherwise.