The new blockchain initiative is holding a crowdfund to disrupt the invasive and ineffective model for paid ad placement. 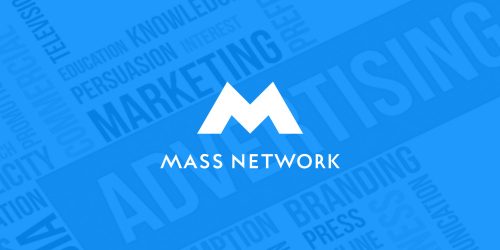 Schaan, Liechtenstein - September 8, 2016 /MarketersMEDIA/ — Advertising has been a feature of the web almost from its inception, but recent years have seen online advertisers become more and more invasive and aggressive in their strategies to maximise revenues. Consumers have, in turn, become ad-blind or turned to ad blockers – prompting an arms race to alternately attract attention or protect end-users. Mass Network proposes a completely new way of approaching online advertising, harnessing the blockchain to align interests between advertising companies and consumers.

Whilst all advertisers aim to tailor their material to their audiences, the nature of the web has made it both easy and highly desirable for them to harvest personal information on a large scale in order to present highly-targeted advertising. There has long been a tacit agreement between users and webhosts that the ‘free’ content and services they enjoy are paid for with personal data, but the sheer extent of this practice means most consumers are now highly concerned about their privacy. More than 90 percent of Americans feel they’ve lost control over how their personal information is collected and used by companies, particularly for advertising. Moreover, the sheer ubiquity of ads is annoying, often distracting users from their online activities. Ad blocking cost publishers an estimated $22 billion in 2015.

Mass Network is currently holding a crowdfund to address these issues and disrupt a status quo loathed by most web users. The current model typically sees advertisers paying webhosts to display ads based on clicks and conversions from end-users. Mass Network will integrate ad-blocking software with a blockchain wallet for low-friction micropayments, and display ads only to those users who explicitly consent – also allowing them to specify exactly what information is released. Thus advertisers will pay users for their genuine attention and interest, rather than adopting a scatter-gun approach that serves to alienate the majority of those they are trying to attract.

The crowdfund is currently ongoing and will end at 11:59:59am PST on 1 December. 700 billion of a fixed supply of 1 trillion Mass Coins will be distributed to ICO investors. The price of Mass will be driven by advertisers purchasing the coin to pay for users’ attention and personal data – which for the first time will be sold at market rates rather than taken without agreement.

For more information and to participate in the ICO, visit https://ico.mass.network/