As part of the country’s revolutionary overhaul of its lending market, Malaysia’s stock exchange announced that it has just completed the Association of Southeast Asian Nations (ASEAN) region’s first of its kind proof-of-concept... 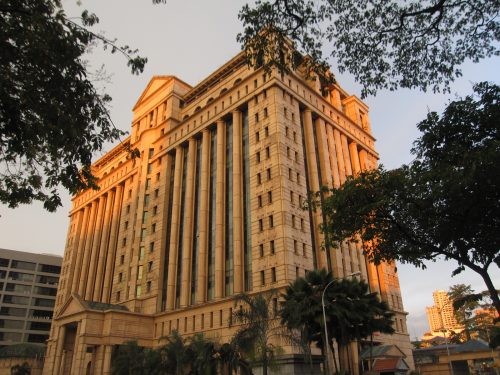 11/11/2019 – As part of the country’s revolutionary overhaul of its lending market, Malaysia’s stock exchange announced that it has just completed the Association of Southeast Asian Nations (ASEAN) region’s first of its kind proof-of-concept (PoC) for its blockchain-powered securities lending solution, with the aim of improving and increasing the speed, efficiency and capacity of its lending pool. Bursa Malaysia, Malaysia’s stock exchange, conducted the collaborative effort with Malaysian investment bank Affin Hwang Investment Bank, Citigroup’s Malaysian subsidiary Citibank Berhad, Malaysian pension fund Kumpulan Wang Persararan, brokerage firm Malacca Securities and Singapore-headquartered CGS-CIMB Securities, while Hong Kong-based Forms Syntron Information, which is a subsidiary of Shenzhen Forms Syntron Information, acted as the technology partner that tested and carried out the proof-of-concept.

According to Bursa Malaysia, it chose blockchain to power its securities lending solution because of the many benefits afforded by the emerging technology. Bursa Malaysia, in a statement, said: “Information stored in the ledger, like records of trade negotiations and order confirmations, are immutable, auditable and traceable. It avoids the need for manual reconciliation, which may introduce errors due to disparate methods of trade negotiation and order confirmation recording.”

Datuk Muhamad Umar Swift, chief executive officer of Bursa Malaysia, said: “Evidence shows that a vibrant SBL market is one of the key characteristics of a developed capital market. As such, it is imperative that we tackle the operational challenges of today with a technologically driven solution that is flexible and scalable into the future. The proof-of-concept also brings in new knowledge, insights and practical experience in harnessing digital innovation – a core requirement of any exchange that aims to be a leader in its space in the future.”

SBL POC 1 is the starting point of a long-term holistic roadmap that leverages new innovations and emerging tech to address the challenges and issues present in the securities borrowing and lending market. POC 1 targets the SBL lending pool, the fundamental building block of the roadmap, and further increases the likelihood of future testing and development of more blockchain solutions that can impact the execution, collateral management and corporate action management areas of Malaysia’s securities borrowing and lending market.

Bursa Malaysia says it welcomes more collaborative efforts and partnerships with industry and tech players for future POCs. With the adoption of blockchain technology to power the region’s first of its kind PoC for its securities lending solution, Bursa Malaysia has signaled that it is willing to adopt emerging tech and new innovations in pursuit of building and implementing future-ready end-to-end SBL tech-driven solutions with the aim of developing a progressive, technology-driven market.