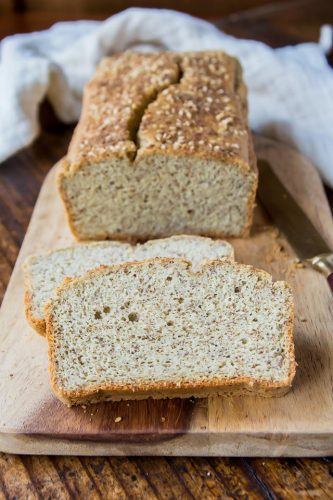 Beverly Hills, USA - October 24, 2019 /MarketersMedia/ — Regina Braun, blogger at Leelalicious.com, announced today that she will be relaunching one of the most popular recipes on her blog just in time for the new year of 2020. The recipe is the now popular Coconut Flour Bread Recipe post she originally published in June of 2017.

According to Braun, she originally developed the recipe due to her husband being diagnosed as having severe gluten sensitivities. “He loved bread. In fact, if anyone in our household ate bread, it was him. So getting the news that he should immediately stop eating all wheat flour bread was absolutely devastating to him.” said Braun.

Braun, who had published a coconut flour recipe ebook earlier that year, said her husband had insisted she find a way to make bread using coconut flour. She says it took her weeks and months of testing to get it right, but insists she is holding nothing back in the post on her blog.

“Working with coconut flour is insanely difficult if you’re used to working with wheat flour. It behaves very differently and it consequently took me a long time to figure out. Even as it got pretty close that what I wanted it to be, I kept tweaking it until it was just right.” says Braun.

When asked why that post had become so popular, especially compared to the hundreds of other posts on her blog, she said it’s largely due to no-one having fine tuned their coconut flour bread recipes as much as she did.

“Anyone can mix something together and call it a day. Having a picky eater of a husband makes it a little more difficult and as such I had to step it up with this recipe in particular. People appreciate a fine tuned recipe.” giggled Braun.

When asked as to why she is relaunching the recipe for new years 2020, Braun said it is because that is when people look to make diet adjustments. “Just like gyms are the busiest during the first week of the new year, so health food recipe blogs like mine attract the most visitors in January.”

Braun says her coconut flour bread recipe is not only low carb, but is paleo and keto friendly as well, which is why it has become so popular among dieters.

“Generally speaking, when people diet and want to enjoy a diet friendly version of their favorite food, it doesn’t taste nearly as good as they remember their favorite food tasting. Which is not at all the case with this coconut flour bread recipe of mine. I have people tell me they greatly prefer it over the wheat flour bread they used to enjoy.” says Braun.

To learn more, check out the relaunched recipe here: https://leelalicious.com/coconut-flour-bread-recipe/