Jana Soss is part of a creative team that is expected to make some waves in Los Angeles with their crazy content. 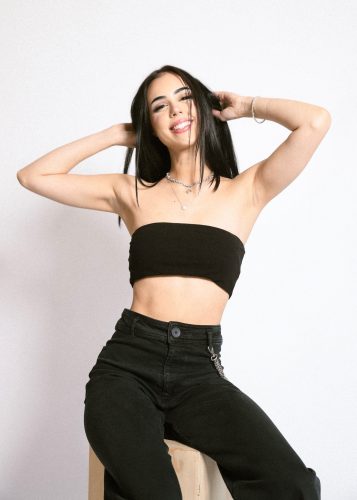 February 20, 2021 /MarketersMedia/ — Jana Soss, the filmmaker-turned content creator, and her Prime Capitol team are here to give Hollywood a new makeover with some authentic content. After reaching Los Angeles, Jana and her team just can’t stop reflecting on the exciting times ahead.

The Canadian content creation house Prime Capitol is no short of creative minds, and Hollywood is just the terrain they are aiming to conquer. The skills in generating fresh and raw content and do crazy stunts are well known to a worldwide audience on YouTube. Their fans too believe in them and have stuck around as loyal followers.

“Los Angeles holds a lot of opportunity for myself and the team, and I can say with confidence that we all feel that this is when the magnitude of our success shifts. The plans to take over Hollywood are seeming less and less out of reach as we spend time here,” said Jana.

Jana specializes in creating fun and thrilling content, making the best use of her experiences with film making, where she has spent the bulk of her time until now. Beginning in childhood, Jana showed a passion for acting in films and on stage and went on to attend a film school. Throughout high school, Jana was on sets or auditioning for roles, and also attended the school’s Specialized High Skills Program for Acting. In college, Jana relished playing both modern and classical characters, apart from honing her skills in reading and writing.

A meeting with Kyle Godfrey made Jana join the Prime Capitol team in Toronto, and went on to gain a mass following through her YouTube channel (over 160K subscribers), where she often starred alongside “Stromedy”.

“My background in film is the driving force in the content I create on YouTube. I try to use everything I’ve learned on film sets and bring that to my videos, which I’m sure is also what my audience finds appealing,” says Jana.

Jana is well known for creating crazy characters (such as clowns terrorizing the Prime Capitol house). Jana and Kyle Godfrey together are a famous pair, with a mass following, and continue to pursue their careers alongside one another. Jana is now focused on growing and excelling on social media. A search for Jana influencer or Jana Youtube reveals her growing popularity, and today she is all set to grow even further in Hollywood.