CryptoEmpire! The new frontier for the metaverse!

CryptoEmpire! The new frontier for the metaverse! 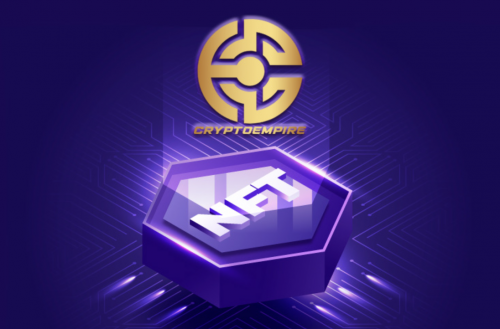 California, USA - October 13, 2021 /MarketersMedia/ — The term ‘Meta-verse’ was first coined in Neal Stephenson’s 1992 science fiction novel “Snow Crash,” where a pair of delivery drivers travel the metaverse to save themselves from a capitalist dystopia.

As a buzzword, the metaverse refers to a variety of virtual experiences, environments, and assets that gained momentum during the online-everything shift of the pandemic. Together, these new technologies hint at what the internet will become next.

Founders, investors, futurists, and executives have all tried to stake their claim in the metaverse, expounding on its potential for social connection, experimentation, entertainment, and, crucially, profit.

Where crypto fits into the metaverse
We must understand what drives this desire that leads some people to want both possession of something and to spend thousands (or millions) of USD, and actually do so. It’s not easy to relate if we haven’t experienced it ourselves, and that’s why explaining NFTs is so complicated.

It could fundamentally change the way we interact with the digital world. A collective virtual experience could bring new opportunities to creators, gamers, and artists in the same way non-fungible tokens (NFT) have, not just reshaping the creator economy, but inventing it anew.

What is NFT
Anything we create and publish on the Internet is an intangible asset that can be associated with an NFT, which is an unchangeable token that serves as a certificate of authenticity.

NFTs are obtained by associating the asset with the blockchain, which is inevitably bound to that block. It can also be invaluable or have no value. It all depends on one thing that we as human beings have practiced for hundreds of years: COLLECTION.

How Axie Infinity Creates Work in the Metaverse
NFT game Axie Infinity illustrates how the metaverse offers more than just a digital escape; it’s a means to level up in the real world, too. The most popular game on the Ethereum blockchain, Axie’s Pokémon/Tamagotchi-Esque realm of dueling digital pets is a decentralized player-owned economy, where users are so well compensated for their contributions to the game’s ecosystem that some are playing as a main source of income.

Having collected over $30 million in fees in the last week, Axie Infinity is currently raking in more protocol revenue than Ethereum and Bitcoin, and more than the next 11 top-ranking dapps – that is, Uniswap, PancakeSwap, Aave, Compound, SushiSwap, QuickSwap, MetaMask, Lido Finance, MakerDAO, and Synthetix – combined.

Horse racing has been around for decades. In the Asian market, the annual turnover for horse racing is in excess of 100 billion USD. The numbers are staggering but they will start to decline as we move along because of the aging demographics of punters. The average age of a horse punter is between 37.5 years old. In an effort to reach a younger demographic of fans. CryptoEmpire is looking to use blockchain and other emerging technologies to enhance fan engagement through virtual reality-like solutions.

CryptoEmpire and Pegasus League
Due to release in Q4 2021, CryptoEmpire will be launching Pegasus League, an ecosystem that enables users to buy, sell, breed, and race digital racehorses as NFTs. Users can invest as much as they want to develop their digital asset. The experience does not compare to the process of horse racing in the real world, but it has built an engaged and dedicated community of digital horse racing fanatics.

Unlike the real thing, Pegasus League races take place on a Virtual landscape. Each race is decided entirely on the innate abilities of the dozen competing horses, with an algorithm that determines the outcome based on thousands of possible results.

The key success is entering the right races. After their first benchmark event, each horse is given a rating based on its performance, which then determines which class it belongs to. You can choose to enter races above your horse's class, but not below, with points awarded or removed based on performance in subsequent races. The higher your horse's win percentage, the more it'll command on the secondary market and the more you can charge other owners to breed with it.

Blockchain and its potential
Running on the blockchain is the future of technology. By creating a metaverse, Pegasus league will cater to a much larger pool of audiences as compared to traditional horse racing thus able to tap into a greater amount of profits realistically. Pegasus League is able to attract users from as young as 18 years old. This will expand the potential pool of punters to about 50%-80%.

Insider info and Animal Cruelty
The world of horse racing is plagued with very bad underground practices such as insider info and match-fixing. This has caused an unfair advantage to the general public as the big players will sweep up all the winnings. With the game running on a decentralized platform, there will be very little opportunity for horse owners are able to feed any insider information or cause any match-fixing to happen thus improving the fairness of the sport.

In addition to that, thousands of horses are either injured or die every year. With horse racing being done online, Pegasus League hopes to create an enjoyable and exciting environment without the expense of the death of horses.

Conclusion
If you're reading this, you're still early to the Pegasus League Party. And while the product that exists has been the talk of the NFT world, much more is said to be on the way.

Our platform will amplify and transcend this further into other sports and industries, advancing entertainment into fresh, immersive experiences for people around the world to enjoy.