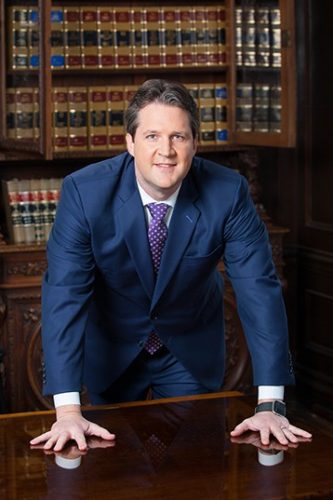 Memphis, TN, United States - July 10, 2020 /MarketersMedia/ — Thomas R. Greer, partner at Bailey & Greer, PLLC, has been named Outstanding Trial Lawyer of the Year by the Tennessee Trial Lawyers Association (TTLA). This annual award goes to an attorney for being an “advocate of a noble cause, and who demonstrated superior skills and achieved an outstanding result for a client against great obstacles.”

“I’m so fortunate and honored to receive this award,” Thomas Greer said. “I’m proud of the work we do at Bailey & Greer every day, and of the work that the TTLA continues to do to protect the justice system. Tennessee has some of the best trial lawyers in the country. It blows me away that I was even considered.”

About the Tennessee Trial Lawyers Association

For more than 50 years, the Tennessee Trial Lawyers Association has worked to ensure that the constitutional rights of Tennessee citizens, families and small businesses are protected, including the guarantee of access to justice. Their mission is dedicating themselves to “protecting the constitutional promise of justice for all by guaranteeing the right to trial by jury, preserving an independent judiciary, and providing access to the courts for all Tennesseans.”

An Outstanding Trial Lawyer of the Year is exemplary in carrying out the TTLA’s mission:

Since graduating magna cum laude in 2005 from the University of Memphis School of Law, Thomas R. Greer has helped make a difference in the lives of victims of serious personal injury, wrongful death, and professional negligence. When he was 37 years old, he was elected as the President of the TTLA, one of the youngest presidents in the organization’s history; his father, the late Stephen Greer, also served as President of the TTLA, and they are the only father and son to have both served in this position. Mr. Greer also served on various committees for the organization, as well as on its Board of Governors and as its Vice President.

Mr. Greer as also earned accolades from a number of other organizations and third-party ratings services, including and AV Preeminent Peer Rating from Martindale-Hubbell, and The National Trial Lawyers: Top 100. He is a member of multiple legal and community organizations, including:

Thomas, along with his wife and daughters, is also active in the Memphis community, acting as a mentor and volunteer to various charities and organizations.

Bailey & Greer, PLLC offers compressive counsel to catastrophic injury clients throughout West Tennessee. The firm is based in Memphis, with locations in Jackson, TN and Little Rock, AR. The attorneys primarily handle claims arising from