Visionary Explored and Painted Perspectives of Humans and Technology 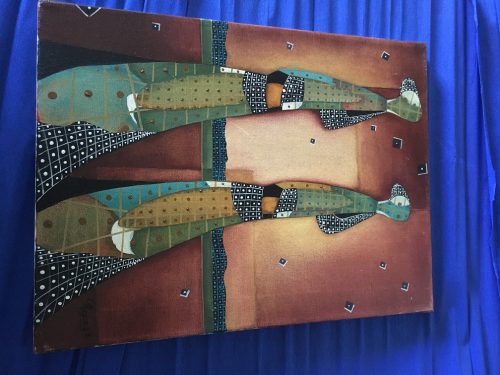 NEW YORK, USA - January 1, 2021 /MarketersMedia/ — The Center for the Multidisciplinary Study of Cybernetic Existentialism today announced the passing of artist Ruffo Caselli at age 87. Mr. Caselli died on Christmas Eve, but the news came on December 29th, from sources in the town of Ovada, Italy where he had been living and painting for many years. Born in 1932 in Florence, Italy, Caselli was well-known for his Cybernetic Technology-themed paintings, which he created with the dual perspectives of a philosopher and a painter. The artist was actually born in the same house where famed Leonardo da Vinci worked and felt that he was the spiritual heir to the magnificence of his predecessor.

Caselli was world famous as the most important name in the artistic movement of Cybernetic Existentialism, originally founded in the Soho District of New York City. His paintings were exhibited at the Spazio Italia Gallery by his dear friend and curator, Carmen Gallo. His intriguing paintings were colorful with nods to technology and the future. Caselli was a talented, instinctive artist who investigated the evolution of thought, life and human nature in relation to the development of technologies. He always included references to important ethical issues. Caselli was in circles of intellectuals and artists including Lucio Fontana, who inspired experimentation such as sawing and gluing sensors and integrated circuits on canvas as his ode to modern-day communication.

“Italian artist Ruffo Caselli paints canvasses representing elegant robots dotted with little squares, sensors and microchips. He is one of the world's leading interpreters of the changes that have taken place in our lifetime,” said a source from the art world. “Since the late 1950s, he linked his themes to contemporary technology and a mutant humanity searching for answers in a technological universe. From the perspective of many, the point of view in his artwork seems to describe how humans are evolving and preparing to enter an alien society, while aliens or hybrids are coming to Earth. From transistors to semiconductors and barcodes Caselli paints with oil colors on canvasses where even the space between people is populated by mysterious, omnipotent chips.”

Caselli’s paintings have been shown in over 120 important exhibits in Italy, the United States, South Korea, Dubai and South America, where he received numerous awards for excellence in Art. His work will always be treasured by the Center for the Multidisciplinary Study of Cybernetic Existentialism.

For more information go to www.cyberneticexistentialism.com or see an historic video at https://www.youtube.com/watch?v=4t_pawpXN-Y&feature=emb_imp_woyt