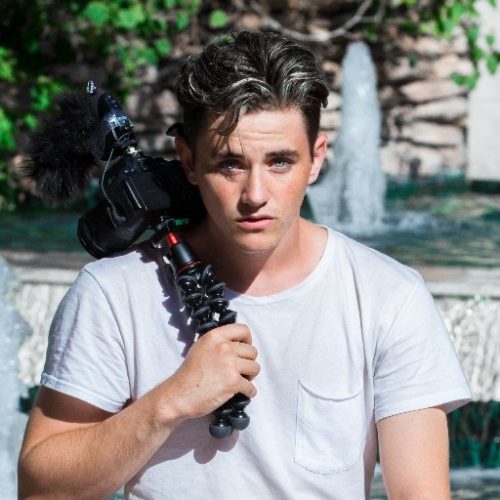 February 9, 2021 /MarketersMedia/ — Kyle Godfrey, a 22 years old Canadian YouTube megastar from Milton, Ontario, recently announced the launch of Prime Capitol, a social media incubator that is sparking a light in social media. Prime Capitol was founded in Canada with specific intentions of raising awareness of the social media industry in Canada and recruiting Canadian talent/providing opportunities to Canadians who otherwise don't see much opportunity to get themselves out there. Prime Capitol is taking people with likewise mindsets and talent and puts them in a content house with other creators in order to harvest their talent and to nurture them. These creators are provided with tips, advice, assets, and resources they can use to their advantage to scale their personal brand under the Team umbrella.

Prime Capitol has the intention of creating a network of homes all across Canada and eventually the rest of the world where aspiring creators can work together and again, use company assets to scale their presence in the social media world. Aspiring content creators will be guided on how they can use their talent to create a personal brand for themselves online and scale that to extreme levels. In return team members are signed to a contract in which they pay back a % of their earnings.

Prime Capitol is a revolutionary Social Media incubator. There are only a few services out there that directly work with aspiring influencers and work with them hands-on in person. Prime Capitol provides aspiring influencers and content creators with assets such as a house to live in, equipment to use, and help from people already experienced in the game. Prime Capitol works almost like an investing company where it sees the potential in people and invests the company’s assets into that person for an ROI. Prime Capitol’s quote is "Revolutionizing Greatness”.

Kyle Godfrey created Prime Capitol to rebel against the traditional industry where he experienced a lot of rejection and doubts in his ability to become successful in the world of film & entertainment. He saw the potential in another growing and more up to date industry where creators would have more control of what they were doing. He decided to take matters into his own hands and use social media platforms that were more in tune with today’s youth to create his own entertainment phenomenon.

In the beginning, Kyle Godfrey uploaded content on YouTube out of passion and for free. He quickly realized that through his passion he was able to make money. However, his road to fame and success wasn't smooth. Many people he knew in High School, the workplace and even friends advised him to stop doing YouTube videos. Soon, many of them saw his success and then ended up asking him if they could join Prime Capitol. At the start of his journey, Kyle Godfrey used his part-time job money to buy camera equipment. After 3 years of doing YouTube full time, he made about $100,000. In his fourth year of uploading content on YouTube, he made over 1 million dollars in a single year. Nowadays, he has 3 million subscribers and more than 500 million views. In 2019, he created a feature film. Crated, that has over 7 million views with a budget of almost $100,000. He owns a Tesla Model 3, a Ford F150, and his Hyundai Elantra that was used to film all his videos on his journey to success. He recently bought a house in Toronto in 2021 February for $2 Million.

Prime Capitol has signed contracts with 12 people. All of them went from $0 earnings from YouTube to at least a 5 figures amount per month. Some of the members of Prime Capitol are Kyle Godfrey (founder), Andreas Eskander, Dkmoneyy, Jana Sosic, Keanu Bertrand, Justin Figs, Erika. They all love to do pranks, skits, and upload videos on YouTube. The name Prime Capitol was chosen because "Capitol" is the house where all members live and "Prime" means that all team members are in their prime (Passion, Responsibility, Independence, Motivation, Ethics).