Do you want more traffic and exposure? Get on APNews now
Sign Up Your Account Send Press Release
MarketersMEDIA / Newsroom / XML Editor For Easy Validation And Website Creation Launched by Media Freeware

Media Freeware has created a free to use XML Editor that comes with a suite of free plug-ins to make it the most powerful freeware XML editor yet released anywhere. 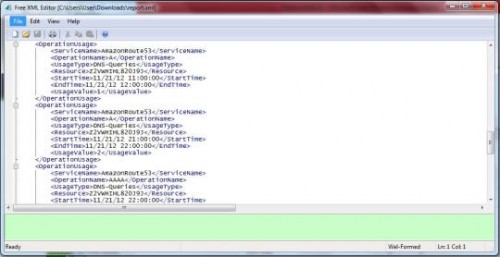 New York, NY,, United States of America - - December 21, 2013 /MarketersMedia/ — XML emphasizes simplicity, generality, and usability and was initially conceived to be both human readable and machine readable, making the coding of documents and web pages easier and more accessible than ever. However, parsing through XML documents, validating them to ensure the code is correct and authoring new documents is next to impossible for those unfamiliar with the coding language. Media Freeware aims to bridge this accessibility divide with their free XML editor software, which automatically parses XML and automatically validates it, allowing users to rest assured that the basics are covered before moving into more advanced applications.

These applications will also be covered by the software, which can play host to free plugins. The software already includes support systems for W3C Extensible Style sheet language transformation, allowing users to translate the XML code into HMTL or other more accessible languages.

As an XML file editor, XML validator and XML translator all rolled into one it’s easy to see how this program is going to excite would-be web developers who until now have been held back by the new language which operates in a very different way to HTML- the classic coding language still used to this day in core coding.

A spokesperson for Media Freeware explained, “We are proud to release this XML Editor because it represents one of the most specialized and robust pieces of software we have created, with support for multiple free plug-ins that will extend its usability exponentially. The software really has been created to be future proof, so downloaders should never need to learn how to use a different XML editor when XML inevitably evolves into its next popular incarnation. The software is available exclusively for preview from CNET and Softpedia, with the official launch taking place early 2014.”

About Media Freeware:
Media Freeware is a software development specialist that creates simple to use, free software to address every challengers faced by their users. Completely free to download from the homepage or from CNET, Softpedia and other major resources, the company regularly updates with new releases. With a huge variety of products on offer, they have most recently launched an XML editor.