MarketersMEDIA Year End Sale is back for 2020! Reach  APNews, MarketWatch, ABC,  and more than 480 media outlets at up to 80% off! Check It Out Now
Sign Up Your Account Send Press Release
MarketersMEDIA / Newsroom / Wengie’s “Mr. Nice Guy” Is the Alt-Pop Sonic Treat of the Year

Wengie’s “Mr. Nice Guy” Is the Alt-Pop Sonic Treat of the Year

Pop singer Wengie features Inigo Pascual in one of the year’s hottest hits on the OPM charts and beyond. 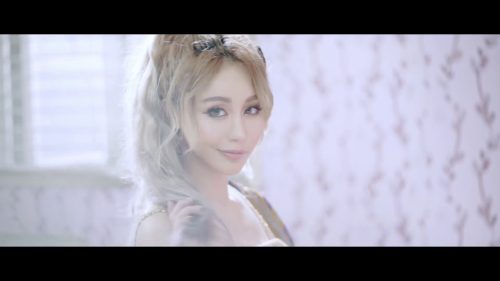 Los Angeles, California - July 2, 2019 /MarketersMedia/ — The R&B-tinged pop single “Mr. Nice Guy” by singer Wengie has reached number one in the OPM charts, making it one of the biggest hits of the year in its category so far. Featuring the smooth voice of the Philippines’ Inigo Pascual, the single is filled with lush harmonies and is driven by a massive low end that is as intoxicating as the deeply-layered hooks of the track.

The collaboration has now reaped its fruits as the song has also hit the number one spot in the MYX Daily Charts, showcasing both its domestic and international appeal. As the alt-pop movement continues to thrive with artists like Billie Eilish leading the charge, stars like Wengie keep themselves a bit closer to mainstream pop, while still dipping tracks in sweet R&B glazes. The end-result is tracks that capture the listener in true pop fashion but offer enough variety to indulge the casual listener.

Wengie’s vocal assurance and distinctive beats have aided her quick ascent through the top ranks; the artist is also releasing singles with frequency, ensuring that her name remains on the lips of music’s top connoisseurs. The artist had a successful summer tour last year, and surely she is gearing up for another go with lots of new material for ardent fans. “Mr. Nice Guy” is sure to be a mainstay at many of the shows that the artist plans on performing this year.

If success is measured by an artist’s ability to remain relevant in today’s crowded markets, it could be said Wengie is doing things right. The young artist is creating tracks that follow the pop formula just right as she adds her elements, creating something wholly unique to her and enthralling for all audiences and lovers of the genre.

About Wengie: Wengie is a Los-Angeles-based artist ascending the pop charts with stylistic hooks, rich harmonies, and deep basslines. Her summer tour last year received rave reviews, and the artist is gearing up for the next go-round by releasing numerous singles throughout 2019. Wengie is sure to be a significant talking point in the discussion of today’s top pop stars as her domestic and international appeal continues to increase.