These days, not many artists care to fuse positive messages of hope and resilience into their music. Shelly Ferrell is not one of them. 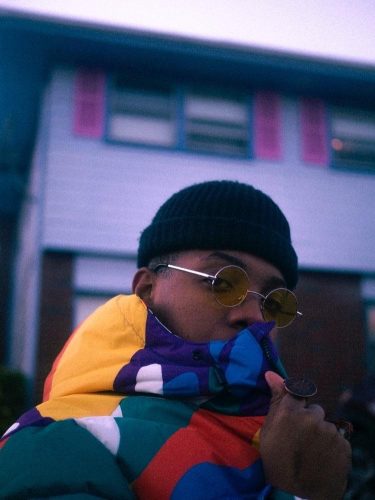 New Jersey, United States - February 28, 2021 /MarketersMedia/ — Shelly Ferrell’s music video for her new song, “Speak Volumes” was released on February 5 and has since received thousands of views from music lovers across the world. Despite being an up-and-coming artist, Shelly got the world talking with her message and vibe. One viewer commented, “The music that’s needed for this day & age!”

These days, not many artists care to fuse positive messages of hope and resilience into their music. Shelly Ferrell is not one of them. The hip-hop artist is always looking to inspire her fans and followers to be better. This is exactly what she sets out to do with the audio and video for “Speak Volumes” - to bring light and happiness into the world.

Born in West Palm Beach, Florida, and growing up in Newark (Brick City), New Jersey, Shelly’s music took a new turn when she encountered 90’s hip-hop. Since then, she decided that she wanted some of that in her music. She put in work and found the sweet spot where she could merge 90s hip-hop with current trends. Her lyrics often tell a story of motivation by dredging up her past struggles and upbringing.

Coming from an instrumentation and emcee background, Shelly kicked off her career by releasing a fun and upbeat single, “New Jack Swing” in 2018, featuring WhoisSkitzo. The track was applauded for its lyrical density and creativity, and she performed it at the Coney Island Music Festival. She has also sung it for DJ Mary Mac (Madonna’s and Guy Oseary’s personal DJ) on the online streaming show, “Play Out of Tune”.

Shelly Ferrell learned to play the piano by ear from her grandmother, who was blind but could easily play church hymns on her 88-key wooden piano. Shelly also learned to play the cello and alto-saxophone. In the absence of her mother, Shelly also learn to be self-reliant and support her family, and learned to be mature at an early age. An outcome of this background was her lifestyle brand, ‘Legit State Mind’, which inspired people to use their mind power to achieve success.

“90’s hip-hop changed my life,” says Shelly. She counts among her inspirations Common, A Tribe Called Quest, Big L, and Jay-Z. Shelly then used lyrics and music as an outlet to vent and feel liberation.

Shelly Ferrell has honed up her craft and carries ample performing experience in states like New Jersey and New York. She has opened for DMV artist Ziggy worldwide and recorded the critically acclaimed track, “Vision’s”, with VH1’s Mrose. This track focused on current issues such as unjust policing and corrupt politics, as well as promoting self-reflection and self-awareness.

For Shelly, the mind is the strongest muscle of the body, and thus anything can be accomplished if it is properly exercised. Her music appeals to a wide range of audiences, and specifically those who enjoy hip-hop but music with a message.