Talented author and videogame instrumental enthusiast, Johnny Jr. Littlejohn, announces the launch of "The Legendary Tauran'creima: Star Beings of the Universe," a sci-fi that chronicles the story of a mystery star 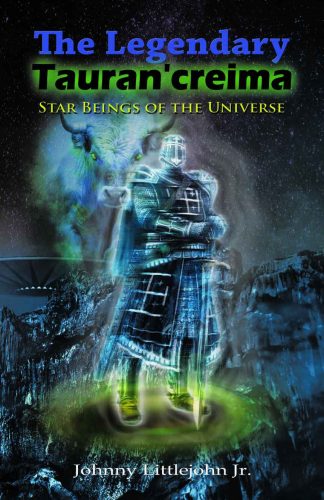 July 9, 2019 — "The Legendary Tauran'creima: Star Beings of the Universe" is the latest work from Johnny Jr. Littlejohn, in collaboration with Transcendent Sacred Courage. The book provides readers with a detailed yet interesting perspective on a unique, spectacular star that no one believed in, with a series of strange events occurring to increase the possibility of the existence of the star.

The world of literature is dynamic, and as expected, it has experienced a series of evolution and development over the years as creative minds from different parts of the world continue to use their ingenuity to satisfy the diverse needs of their audience worldwide. The sci-fi genre is an interesting one, and while the content is usually somewhat abstract and basically products of imagination, leaders of sci-fi reads seem to never get enough of their favorite novel genre. One of such creative minds that is looking to add some twist to the amazing sci-fi stories told to people worldwide.

Johnny Jr. Littlejohn officially published the book titled "The Legendary Tauran'creima: Star Beings of the Universe" on January, 10, 2019 and seems to be doing well worldwide. The uniqueness of the book has made it a top read for lovers of sci-fi literature as Johnny Jr. Littlejohn collaborates with Transcendent Sacred Courage to tell a sci-fi story in an unprecedented way.

"For eons, across the cosmos, there has been speculation of a star unlike any other. A star is very unique. Yet, countless beings do not believe in such things. However, all those disbeliefs are put to rest when strange events start occurring. A mysterious character emerges, its intentions cryptic. Yet, something about this individual gradually eases the tension amidst those doubtful, as the powerful light about the entity makes its motive, its purpose, known to all."

The book is a unique combination of fantasy, romance, and great suspense, as Johnny Jr. Littlejohn uses his imagination to keep every reader glued to the book till the last letter. It is therefore not surprising that "The Legendary Tauran'creima: Star Beings of the Universe" is increasing in popularity and acceptance not only with lovers of non-fiction but novel readers worldwide.
The different versions of the book are currently available across several digital platforms including Amazon and Barnes and Noble. More information about the book can also be found on YouTube.

About the Author
Johnny Jr. Littlejohn is a longtime lover of videogame instrumental music and expresses his passion at any given opportunity. Some of his array of electronic game influential compositions include Super Mario and The Legend of Zelda, both of which he cherishes, especially Super Mario, who he admired since childhood.
The multifaceted entertainer is also a writer and recently published a sci-fi book titled "The Legendary Tauran'creima: Star Beings of the Universe," which he co-authored with Transcendent Sacred Courage.