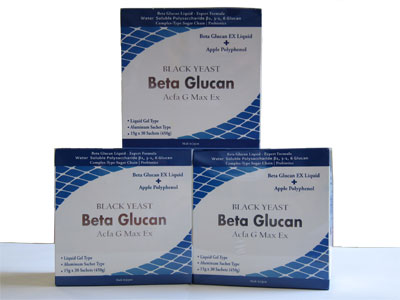 Professor Takeo Hasegawa is a scientist from Suzuka University of Medical Science and lead researcher behind the research on black yeast beta glucan. His recent findings show that beta glucan is actually a powerful functional food that modulates and optimizes immune response for a balanced immune system.

Yeast is normally thought of as an ingredient in freshly made breads, but for those who are serious about pursuing a healthy diet and lifestyle, beta glucan from yeast has been found to be an edible supplement that achieves the highest level of health benefits compared to other types of food. There are several different types of beta glucan, with black yeast beta glucan containing the highest number of benefits.

Dr Mutsutaka Hosoi, Director at the Hosoi Dermatology Clinic in Fukuoka city, Kyushu, Japan uses black yeast beta glucan with his patients as part of his therapy with cancer patients. This use has proven that beta glucan was able to double the power of NK cells in fighting cancer cells and virus-infected cells. Anyone can now obtain black yeast beta glucan for their own health benefits in an easy to consume packet. People are able to eat the beta glucan derived from black yeast straight from the packet and drink some water along with it if preferred.