A Veterans Affairs Medical Center in Atlanta has fallen under the microscope following several reported incidents of medical malpractice and mismanagement. 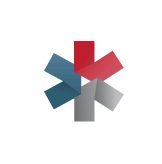 Senator Johnny Isakson, R-Georgia, will chair a U.S. Senate hearing to investigate a series of patient deaths and other problems at the Atlanta VA Medical Center. The hearing will take place on August 7 at the Georgia State University Student Center. VA Undersecretary for Health Robert Petzel and Leslie Wiggins, Director of the Atlanta VA Medical Center are scheduled to testify.

The hearing is the result of a series of recent investigations into allegations of mismanagement surrounding several incidents at the Atlanta VA Medical Center including two suicides, security issues and bad patient monitoring.

Rawls McNelis + Mitchell has reviewed a number of cases from this facility, several of which have been quite troubling. It is the firm's hope that Senator Isakson can uncover the problems at the Atlanta VAMC and, hopefully, improve the quality of care being administered to the veterans and their families.

Since many of the firm’s lawyers are veterans themselves, they are uniquely suited to understanding the challenges veterans and service members face when it comes to dealing with medical malpractice situations within the Veterans Administration.