TIS Technology to launch its Ultimate Energy Saving in Mosques 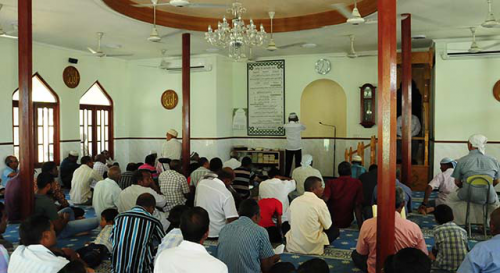 January 7, 2019 — Every day there are 5 main prayer times for Muslims to pray to God, and many Muslims gather at mosques for these prayers. Being the house of God, a mosque should always be kept cool and ready for prayers. However, in practice, this can be quite costly on the mosques’ budget and for the environment.

Most mosques use splits as their main AC system, and a few of them are equipped with a central FCU system. What is common among all of them is that the AC system runs from morning until late in the evening. Such an issue is specifically widespread in hot spots like the Gulf countries, North Africa, India, and South-East Asia.

As you can see, mosques are actually empty for almost 6 hours before noon and 4 hours in the afternoons. Meanwhile, the total occupancy time from the Maghrib until the Isha and from Athan (call for prayer) until Eghamat (time of holding prayer) is approximately 6 hours.

In sum, there is more than 10 hours of energy being wasted running AC, lighting, and ceiling fans from FajrtillIsha. This might increase to 9 more hours if a custodian forgets to turn off the AC and light switches at night. Can you imagine how much energy is wasted in a month or a year? A lot!

However, utilizing automation solutions in mosques for energy efficiency purposes is a difficult job for the following reasons:
1.Prayer time changes every day, and it has a considerable difference (about 1 hour in some countries) in winter and summer.
2.Controlling an AC system in summer and winter is not the same everywhere; some countries have no need to use the AC at all.
3.Rewiring a building is not possible or efficient.

TIS’s range of high performance products makes energy control easy and convenient. Our WIFI Infrared Emitter is a smart module for controlling AC systems in the most efficient way. This Emitter functions with 110/220V and is compatible with all AC brands worldwide, including LG, Trane, Media, Samsung, etc. Its smart logics are capable of identifying the general date, time, season, as well as the specific prayer times. In addition, TIS engineers have designed high-tech WIFI wall thermostats with the same options and functions that can replace old thermostats. FCU, lighting, and fan systems can also be controlled wirelessly by our ADS WIFI Relay.

In February 2019, TIS will start a Smart Mosque Campaign in which 100 mosques will be equipped with smart solutions for free. The purpose of this campaign is to enhance energy saving procedures in developing countries and to encourage governments to recognize the importance of energy efficiency policies. We are dedicated to the process of making the earth greener. For more information, www.tiscontrol.com.