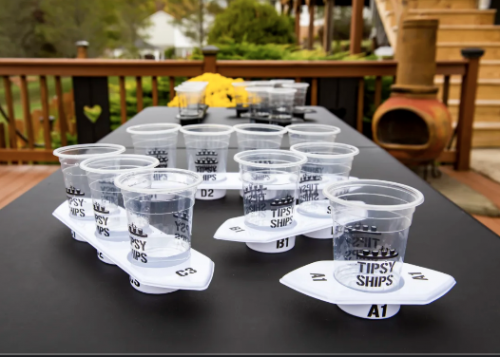 January 1, 2021 /MarketersMedia/ — Tipsy Together has again reiterated its goal of helping as many adventure lovers and fun enthusiasts as possible to enjoy every second spent together with the introduction of Tipsy Ships. The product is launched to put a twist to the world-renowned beer pong game, allowing more people to be a part of the fun and excitement that beer pong has become synonymous with over the years.

Otherwise known as Beirut, beer pong remains one of the oldest drinking games in the world. Over the years, the game has evolved with the emergence of different products to enhance the experience of players. Tipsy Together has contributed immensely to the evolution and popularity of beer pong in recent times, with their range of innovative products endearing the game to more people in the United States and other parts of the world. The recent introduction of “Tipsy Ships” further substantiates the claim of Tipsy Together, adding to the plethora of fantastic beer pong products from the brand.

Tipsy Ships Beer Pong Set V2 has new interesting game play, with teams facing off against each other with 4 different sized ships and a total of 10 cups per team. The ultimate goal is to sink the opponent’s ships, with the team having the last ship afloat winning the game.

The set includes 8 tipsy ship trays, 3 ping pong balls, and 22 plastic cups (optional). The versatility of the game play, with different game modes available from standard to expert play for skill levels of all kinds, and the ease in portability makes Tipsy Ships the ideal beer pong product for all parties.

The game has already started to garner reviews from beer pong lovers, thanks to its amazing features. "I absolutely love this game! Want to break away from the monotony of beer pong? Get tipsy ships! With an almost infinite amount of configuration and game possibilities, this game breaks drinking games..." Killian R.