Thermalabs will be channeling a bigger chunk of its profits into the nonprofit sector this year. 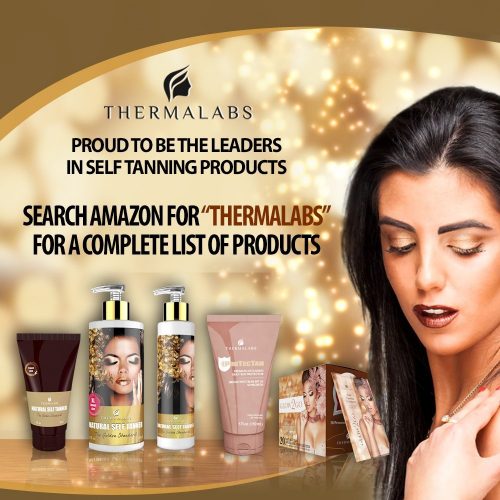 New York, United States - September 12, 2016 /MarketersMEDIA/ — Cosmetics heavyweight Thermalabs has said that it’ll be committing more cash into nonprofit skincare operations this year. This comes at a time when the company is launching new products at an unprecedented rate. The company has released at least six new products within the last two months. The firm also announced that it was doing better in the market this year than it has ever done any other year. The decision to increase funding of nonprofit skincare operations is good news for the industry.

Thermalabs is an innovative American firm that has made a name in the self-tanning scene. The company opened its doors in 2013, starting out with an original tanner that sold like a hot cake. Thermalabs first product, made in Israel but sold globally, was an instant hit. The product leveraged a cocktail of top-notch ingredients, including the likes of Aloe Vera and Japanese Green Tea. Following an intensive pre-market strategy that involved highlighting ways in which their product was better than the competition’s, Thermalabs sold over one thousand units of its pilot tanner within 24 hours on Amazon.com. This opened the door to new opportunities, and the company wasn’t willing to let the buzz die away. The firm used the incredible media attention it attracted from the successful launch of its first product to set the stage for future success.

Thermalabs has today supplied the global beauty industry with an extensive range of at least two dozen top-notch cosmetics products. The majority of these are self-tanners and tanning accessories. The firm has also ventured into the beach products marketing, designing beach tents, folding beach chairs, moisturizers, and sunscreens. Thermalabs overall strategy is to expand its product range and diversify outside the tanning niche, where it’s arguably the most prominent player today. Over the last two years, Thermalabs has introduced three new brands in line with its expansion goals. Supremasea is the company’s branch that deals with top-notch skin care products based on mineral salts extracted from the Dead Sea. Tent World, on the other hand, is in charge of Thermalabs range of beach tents that provide the perfect hiding and relaxation spot after a long dip in the water at the beach. The third sub-brand, Thermalabs Organic Healthcare, oversees products of the company’s lineup of healthcare products based on ingredients extracted from the mountains of Galilee in Israel.

While announcing the plan to increase financial commitment to nonprofit causes in the skincare industry, Thermalabs marketing coordinator said, “It’s been a good three years running for Thermalabs. When we started out in the cosmetics industry, we were nothing more than champions of safer skincare practices. Fast forward to today and we are an entirely diverse firm. In addition to campaigning for healthier products for the skin, we have also managed to supply the global market with at least 24 top quality products. The company is looking forward to making a profound impact. At the end of the year, we’ll be contributing more money to our nonprofit partners. We’ll be releasing more details on the same in the near future.”