The Star of “Latinaexplorer” Shows Her Life Through Social Media

Social media has made it possible for young ambitious millennials to grasp the life of blogging all while living a life of travel and fun, one young Puerto Rican girl has embraced it to the fullest. 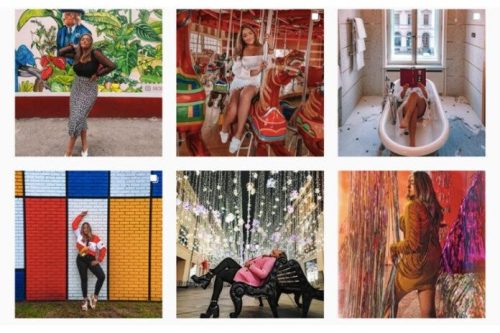 Huntington Beach, United States - July 14, 2019 /MarketersMedia/ — As the world of social media envelopes, the lives of everyone, influencers have taken over Instagram and other media platforms, creating new jobs and traveling more around the world. Like many of the growing cultures in America, the Latino population now represents over 1.7 Trillion Dollars in buying power in the U.S., along with representing more than $56 billion in leisure travel annually. According to the U.S. Census data, one out of every three Americans will be of Hispanic descent in approximately ten years. The massive population growth has dramatically impacted and affected lifestyle, fashion, politics, and more.

Earlier this year the U.S. Census Bureau proclaimed that Latinos presently total 50.5 million people, making up 16.3% of the U.S. population. The figure then instantly grew by 43 percent between the years 2000 and 2010, four times the nation’s average 9.7 percent growth rate. Since then, many young and ambitious social media influencers have taken on the jobs of travel blogging, creating a “new social norm” of U.S. born Latinos traveling.

One influencer who has made a huge statement and the creative mind behind “Latina Explorer” is Ivangellys Gonzalez. Born in Newark, New Jersey and raised in Orlando, Florida the young Puerto Rican traveler has formed a platform intended to empower her followers to take a risk, set big goals, and enjoy the journey of life. Gonzalez has built a new life for herself living the unique millennial demographic experience, embracing the merging global populations she encounters in her travels.
McKenzie Santa Maria, from The LeaderBulletin, got a chance to ask her a few questions regarding her life choice and influence among social media.

“What inspired you to want to become a world traveler?” Santa Maria asked. Gonzalez replied, “Ever since I was a little girl, I always knew that I wanted to explore the world. However, it truly wasn’t until after my very first solo trip just shy of my 21st birthday when I realized that there was so much more in the world to see beyond what we read in books. Backpacking through Europe and staying in hostels was the experience that got me hooked on the concept of world travel.”
Santa Maria: “What lessons have you learned from world travel?”

Gonzalez: “I have learned to look at the world through a different lens. Sometimes we may tend to judge other cultures without understanding why they do certain things, or eat certain foods, or live in a particular way. The more I travel, the more I realize that every culture has significant value contributions to this small planet we call earth. ““
Santa Maria: “How do you feel about your growth as an influential person for other like-minded men and women?”
Gonzalez: “I think that no one ever expects to become someone else’s role model of sorts. With me, it has been more about showing my resilience to thrive in life and enjoy the journey. It’s genuinely and sincerely me just telling my story. Somehow that has become a source of inspiration to many that perhaps could relate to me. It’s been gratifying to see the messages that I have received since I began this journey almost three years ago from people that have shared with me monumental decisions in their life that they somehow attributed to either some quote that I posted on social media or from just me telling my story.

Gonzalez was previously nominated in 2018 by Orlando Weekly for best local Instagram because of her massive growth and has a website launching soon. Her influence among young Hispanics is potent, creating a new social norm of Hispanic travelers. She is now headquartered in New York City.

According to Western Public Research, the fastest growing portion of the Hispanic market is under 30 years old, creating a young society of new tourists. Conversing with cultural significance includes utilizing social media and a variety of websites that Latinos use to stay attached with their roots, family, and native countries. Many experts claim the use of social media is how a vital number of Hispanics obtain ideas for international travel.

Since Hispanics are the fastest growing demographic in the United States, according to Marketer Hispanics, the social reach of Instagram and other social media platforms has taken over the way of travel and impacted the expanding population. In addition to the growing Latino population, many Hispanics travel in larger groups and spend more per trip than the general population, reported by Mandela Research increasing leisure travel annually for the past decade.

Traveling, and social media influence is creating a new age of Latino Influence that is sure to have an undoubtedly massive social impact.