The tickets for #TheMillenniumTour2021 are also available for sale from the website. 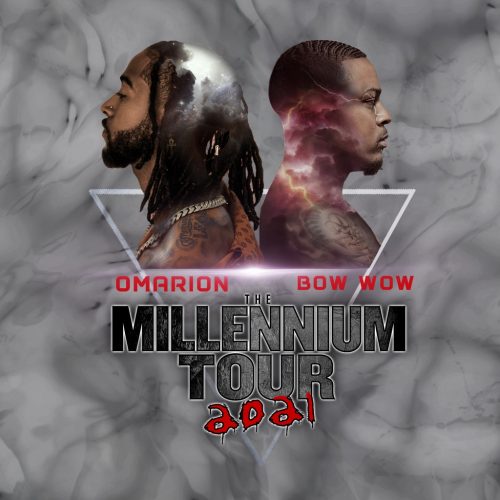 July 4, 2021 — The Millennium Tour 2021 has announced its new dates, and the program details are available on the official organizer G-Squared Events’ website. The tickets for #TheMillenniumTour2021 are also available for sale from the website.

The Millennium Tour2021 will kick off in style in Los Angeles, CA, on October 1 at The Forum. The tour will then proceed to Oakland and Fresno during the weekend and will subsequently move to other states. The finale will take place in Las Vegas on Friday, November 26, at MGM Grand Garden Arena.

This year has seen music fans go on a wild search for some excitement. As the pandemic blues wear off, what better way to shake off the boredom with pulsating action on stage by stars like Ashanti, Bow Wow, and Omarion? Joining them will be other notable names, like Ying Yang Twins, Lloyd, Sammie, Pretty Ricky, and Soulja Boy.

“Creating world-class concert experiences for our patrons is our bread and butter. We partner with top-selling artists and the most respected venues in the world to serve millions of patrons worldwide,” said a spokesperson for G-Squared Events.

Singer and performer Ashanti needs no introduction. Her debut album in 2002 sold over 500K copies in the first week of release. She gave mesmerizing performances and produced record albums in the decade, and over her career has sold over 27 million records.

Omarion was the lead singer of B2K in the early 2000s, known for singles like "Bump, Bump, Bump,” tasting early success on the Billboard list. In his solo career after 2004, Omarion came up with ‘O’, an album that ranked in Billboard 200, and got a Grammy nomination for Best Contemporary R&B Album. Another great success was the album ‘Sex Playlist’ in 2014, from which the single ‘Post To Be’ reached #13 on the Hot 100 in May 2015 and got 3x Platinum certified.

Snoop Dogg discovered Bow Wow (Shad Gregory Moss) in the 1990s. Among his notable works is ‘Wanted (2005)’, which gave two hit singles, "Let Me Hold You" (ft. Omarion) and "Like You" (ft. Ciara). He signed a deal with Puff Daddy's Bad Boy Records.
The tickets for the event are now on sale. Visit the Gsquared website: http://gsquaredevents.com