The LoveChain: A New Social Media Platform built on the Algorand blockchain

The LoveChain Initial Version is to be released in the coming weeks, as it aims to celebrate Love and empowers its users through rewards and ownership of their data. 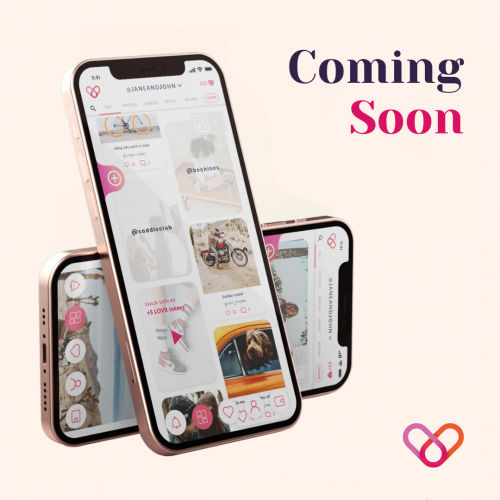 Sydney, Australia - October 12, 2021 — The LoveChain is a new Social Media platform built on the Algorand blockchain that rewards its users with its native token. Its initial version will be released in the coming weeks, heralding the first steps towards a new era of interconnectivity.

The LoveChain is set to radically transform the Social Media landscape, allowing for capitalisation on the value of digital content creation. The app is tackling some of the all too apparent issues that have plagued users of the Social Media behemoths of our time - beginning with ownership of their data and the right to sell or protect that information as users see fit.

The LoveChain founder Adam Mazzaferro said, “News reports and research confirm all the big tech social media platforms are toxic and harmful to mental health. They exploit their users and there is evidence they are contributing to a breakdown in social cohesion worldwide.

The LoveChain is a radical alternative that gives every user control over their data and making social media more about constructive and positive engagement that celebrates the things and people we love. People are tired of their life events being exploited and controlled”.

The platform aims to empower its users from the get-go through its two token systems- the governance aspect of the platform and the rewards program for those creating and sharing content within the app.

“Big-tech owned social media platforms don’t share the billions of dollars in revenues they generate from advertisers with their users. We are going to give back to our users and reward them for their time and contributions to the platform”, Adam added.

The 'LOV' token serves holders and users by allowing active participation in the governance and direction of The LoveChain community and is essentially set to grow in value as users flock to the ecosystem.

The token will be listed on major exchanges for purchase, but it will also be redeemable in the future for discounts on goods and services through The LoveChain's marketplace (not included in the initial release), and as such, it's another avenue for investors to partake in the success of The LoveChain community.

A 'burn' of the token supply is intended to be implemented based on a fixed quarterly percentage of the revenue pool.

A much larger pool of 8 billion 'LOVR' tokens acts as the rewards program. Users of The LoveChain app can earn these reward tokens by gaining followers, creating and sharing content on the app, growing one's online presence and clout, and even volunteering one's data to advertisers.

Rewards are automatically allocated to the users' integrated digital wallets. This ultimately means very quantifiable benefits for users simply for participating. The value of this pool is backed by a sizable 30% to 40% portion of the foundation's topline revenue stream and distributed by way of open-source algorithms.

The Algorand blockchain was selected as the infrastructure for The LoveChain's digital construction, which is among the most technically comprehensive locations for developers currently, capable of a thousand transactions per second.

"Social media is ripe for disruption, and it is exciting to see The LoveChain building a new kind of platform that prioritizes the things users want most today, like ownership of their own data and control over its monetization" said Giuliana Berchicci, Director of Business Solutions at Algorand. "The Algorand blockchain was designed to facilitate the kind of speed, security, and scalability that innovative platforms like The LoveChain need, and it is sure to be an exciting launch."

Though time will tell how effectively The LoveChain foundation adheres to the future roadmap and succeeds in onboarding new users, the platform is primed to make off with a substantial portion of traditional Social Media platform users very shortly. With its unique emphasis on 'Sharing the Love', The LoveChain aims to establish itself as a household name in the coming years.

The launching date will be announced soon.