The Internet Is An Enormous Invention; Inventor Claims Damages

23 years of confiscation of intellectual property has created enormous damage. 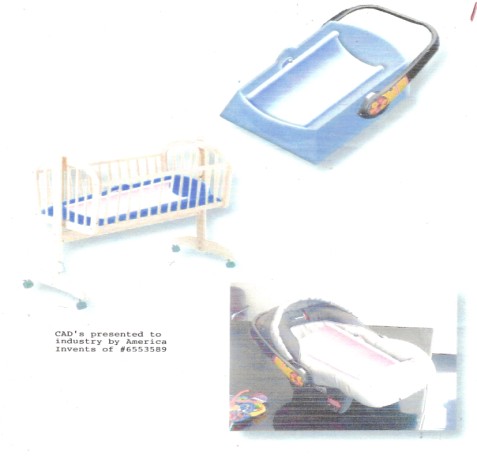 Philadelphia,, USA - - August 19, 2013 /MarketersMEDIA/ — The "Internet" Inventor looks forward to the intervention by the U.S. Supreme Court regarding her alleged claims of 23 years of injustice and confiscation of her intellectual property by the federal government. The Internet is an enormous invention and this inventor claims that she has suffered enormous damages and loss by being deprived of the opportunity to benefit from her own intellectual property and proprietary information. Other intellectual property owned by Hartman includes the Infant Basket, first introduced in 1998 as the Infant Swaddling Basket because it introduced the idea of placing newborn infants on a concave surface to prevent accidental rollovers resulting in suffocation which were believed to be one of the causes for deaths from Sudden Infant Death Syndrome or SIDS. The invention was meant to simulate the natural curvature of the womb and to provide a snug and protective environment. The concept of using the curved structure to cradle the infant has been widely adopted and manufactured by others throughout the industry.

The idea protected by a patent and presented to the industry in 2003 by America Invents was made into a prototype but was as far as the Inventor got because of a lack of funding . The fact that the government confiscated the intellectual property regarding the Internet which became wildly successful without compensating the inventor has impacted every part of her life and other inventions. Other inventions include Method(s) for Removal of Greenhouse Gases from the Atmosphere, Infant Auto Seat with Guards and other projects which have lacked research or have been stolen by others. Learn more about this inventor at Enormous Invention; Enormous Losses.

The image(s) show representations of the prototype of the Infant Basket as presented to the baby furniture industry in 2003 by America Invents as it showcased the invention. Similar type products are now commonly sold.