The Importance of charity in the Grand Orient of Royal Art

The charity in the Grand Orient of Royal Art is a foundation based. 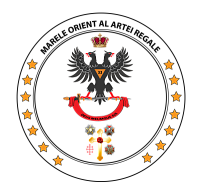 Brasov, Romania - July 27, 2018 /MarketersMedia/ — The Grand Orient of Royal Art clearly propagates the philosophy and principles of equality, brotherhood, upliftment of downtrodden and underprivileged in society, righteous and disciplined living as well as asks others in the neighborhood to help the needy on humanitarian grounds.

The concepts are based on age long experiences of mankind, especially sages and saints, great leaders who lived and sacrificed their lives for our good. Besides invoking the blessings of the almighty God, during the ceremonies of our meetings, the message it conveys is “Goodwill towards Men and Glory to God in the highest possible way”.

The masonry is perhaps, the only organization which brings the members on equal footing or same level of brotherhood and binds them for fraternal affection among all irrespective of the difference in religious, ethnic, social, cultural, educational or professional status thus making it a non-political and not non-sectarian organization. Its rituals stress on the importance of unity in diversity. The masons should remember that it is freemasonry that teaches its members to practice charity right from the day a candidate is initiated. Our lodges always carry a special item in its summons “To honor the cause of Charity”.

The charity collections are thankfully received and faithfully applied. There are a number of projects in this country or rather all over the world which are funded by the Masonic lodges from the contributions received from masons. Charles Dickens—the famous novelist said “Charity begins at Home and goes to next door.” We as freemasons are proud of the fact that charity begins from the heart of a freemason and goes to many doors for all living beings, which derive benefit from the donations in cash or kind.

The charity helps in life and one does experience that joy that gives mental peace, inner strength and soothes the mind and soul equally. The charity in freemasonry is being practiced regularly and this should go a long way to shape the lives of many families who have learnt to limit desires and fulfill the requirements of the friends in their locality or neighborhood who needed relief.

Therefore, the practice of charity in masonry is of utmost importance being one of the most important cardinal virtues for brotherly love, relief and moral truth. This act of charity from the Masonic lodges helped them not only to change their attitude towards life but also to face the challenges of destiny, lead their lives with a realization that humanity does survive in this world. The charity has no substitute in Freemasonry. It has deeper roots in a Freemason's heart and certainly needs to be practiced by all masons.

Therefore, charity is undoubtedly, very essential for a freemason and serves as an important ornamental part of our Grand Orient of Royal Art. We know that every action has a reaction.