With college costs higher than ever, is free tuition for all really the best solution? 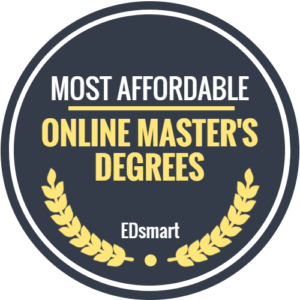 August 18, 2019 /MarketersMEDIA/ — With 2020 elections on the horizon, there have been several proposals by Presidential candidates that involve free college tuition for everyone, along with loan forgiveness for those who still have student loan debts. While those touting these plans refer to the proposals as an “investment in the future,” the reality is that it would easily become a suffocating financial burden on virtually every taxpayer, but primarily the lower- and middle-income individuals.

According to experts, there’s an inherent level of unfairness to forcing the average, working-class American, who could not afford the cost of college for themselves to pay off the loans for individuals who opted to go and get into debt.

Making it mandatory for families making just $50,000 per year to pay off the college debts accrued by engineers, lawyers, doctors, and some Congress members making more than $170,000 per year is something that’s unconscionable. Additionally, how fair are these plans for those who did attend college and who worked diligently to repay their loans to then be required to help pay off everyone else’s?

Many also wonder what exactly the American people are going to be paying for with this new mandatory “investment?” Unfortunately, the possibility of everything declining in the quality of education to compensation for the huge amount of debt on families and students is real.

American universities and colleges are starting to fail on one of the primary missions they have – to equip each student with the tools they require to begin a career upon graduation. There are far too many students who are still graduating and who are ill-prepared to begin earning a living to pay off the huge amount of debt they acquired during the period when they were getting their degrees.

While there are certain systemic issues, most colleges are still increasing tuition costs. That’s because of how federal money is attributed with very little scrutiny regarding whether the student has the ability to repay it. Colleges have been able to raise prices, eliminating inexpensive masters degrees, and often double the inflation rate.

Using all that money that’s received from the government, the first priority for most students isn’t in the classroom. From the years of 1987 to 2012 the higher education system in America added over 500,000 administrators, which doubled the total number of administrators compared to the number of faculty members.

Free college tuition is a concept that is just going to make the situation worse, resulting in an inflationary spiral. With more taxpayer dollars being funneled into schools with less discretion than ever before, the costs are going to continue going up.

The question most people are facing today is what the real solution to student debt could be. Instead of throwing even more money at this situation, the best way to eliminate the sharp rise in student debt and college tuition could be to require the federal government to eliminate their role in the distribution of student loans. That’s going to eliminate the spigot of money that’s helped the colleges increase costs with no limit in sight. Private lending could also limit the taxpayers to billions of dollars in the loan defaults.