Do you want more traffic and exposure? Get on APNews now
Sign Up Your Account Send Press Release
MarketersMEDIA / Newsroom / The Band of the Hawk provides the soundtrack to the televised Revolution with “Slapboxin”

Popular multifaceted Houston-based music group, The Band of the Hawk, drops their new EP titled “Slapboxin,” a prelude to the full-length album that will drop in July 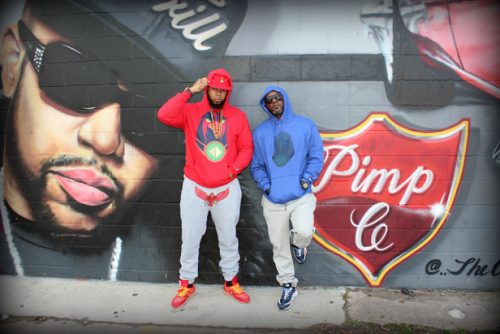 June 10, 2020 — The Band of the Hawk has continued to show their versatility and creativity even amid these challenging times with the release of their new project, an EP titled “Slapboxin.” Described as the soundtrack to the televised revolution, considering the recent turmoil happening in different parts of the globe, the project further reiterates that even when everything looks seemingly uncertain, the work ethic and talent of The Band of the Hawk remains unshaken.

2020 has been a year filled with all kinds of rather unfortunate happenings. From the COVID-19 pandemic to the drastic increase in the rate of unemployment and police brutality and injustice, 2020 has already left an indelible mark in the lives of millions of people worldwide. However, one music group is looking to use their talent to show that there could be some light at the end of the tunnel. Recorded in the week filled with all kinds of crises globally, “Slapboxin” serves as an escape for the artists and the listeners. The project was also done in line with the group’s core value of using music as a tool for speaking truth to power with a mix of witty abstract imagery.

The actual theme of the project is explained with a classic interview with Muhammad Ali, which serves as the intro to the album. “Slapboxin” chronicles how people on the street cannot spar like boxers due to the lack of expensive safety gear to prevent injury. Alternatively, they evolved to slap boxing, a lighter way to throw hands with competitors without any brutal impact.

“Slapboxin” features the 2 leaders of the #BOHUP crew, Yeaux Majesty and Noah Archangel slap boxing lyrically. The talented hawks put their body and soul into every track on the project, spitting everything on their mind from black power talk on “Shabazz Bros” to basketball legend Kobe Bryant on “Mamba out” to trips in Greece on “Wominique Dilkins”.

“Slapboxin” is doing music like never before, staying true to the essence of making music – passing thought-provoking messages subtly. It is a project that hip hop fans, revolutionaries, and protesters alike will enjoy and hopefully trigger conversations to drive a systemic change that will benefit the world.