Talented hip hop group, The Band of the Hawk, works with Yeaux Majesty, as they drop a new album titled “The Laws,” a remake of Yeaux Majesty’s “Imperial Majesty” 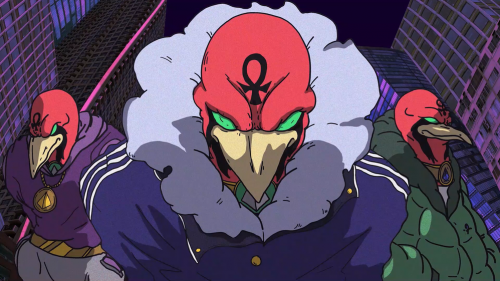 April 13, 2020 — The Band of the Hawk is again looking to give their fans and lovers of good music across the globe another amazing treat of melodious bangers as the group drops a new album on Good Friday. Titled “The Laws,” the new project is a remixed and remastered reissue of the first solo album, “Imperial Majesty” from KING now known as Yeaux Majesty.

The modern history of hip hop is probably incomplete without the mention of the popular The Band of the Hawk. The entertainment industry has witnessed a series of evolution with the music world at the forefront of the changes. While the hip hop community looks to be spearheading the development in the music industry, many of the players in the game have seemingly deviated from the characteristics that made hip hop what it is today. One group that has continued to help in holding down the hip hop culture by providing entertaining yet thought-provoking music year after year is The Band of the Hawk and their latest project only substantiates this claim.

Comprising 6 talented and passionate acts, the mercenary company popularly known as DEF on the battlefield will be dropping another Boom Bap classic in “The Laws.” Featuring Yeaux Majesty, the album will be officially released on Friday afternoon and will be another show of creativity and ingenuity that has stood the group out of the pack over the years.

Produced by Noah Archangel, the work offers music lovers a nostalgic feeling of the original work from KING, who is currently known as Yeaux Majesty, remaking the originally recorded work in 2014 in Houston and Dallas. While there are no cassettes or CDs of “Imperial Majesty” available on the market, a new vinyl pressing is scheduled to be released soon.

For more information about “The Laws” and other fantastic works from The Band of the Hawk Underground Pyramid Crew, please visit – https://bandofthehawk.com/. Works from the group can also be found on Facebook, Instagram, Soundcloud, Spotify, iTunes, and CD Baby.

About The Band of the Hawk

The Band of the Hawk is a music band that is poised with redefining the hip hop game by giving the genre its seemingly lost glory. The mercenary company known as DEF on the battlefield is a spacious affair: all looped menace and blunted minutiae, comprising Noah Archangel, King aka Yeaux Majesty, Ash Ra aka Houey Freeman, P.Ey3, Spear Chuka, and Whoa Vada.