Do you want more traffic and exposure? Get on APNews now
Sign Up Your Account Send Press Release
MarketersMEDIA / Newsroom / Texas Telephone Survey: Republicans Undecided About Cornyn and Stockman 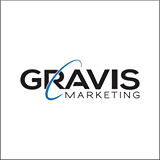 These results come from a telephone poll conducted by Gravis Marketing between 2/10/14 and 2/12/14. Gravis Marketing is a nonpartisan research firm specializing in public opinion polls and political surveys through telephone polling. This particular poll has a margin of error of 3.6%. You can find the full results from this telephone survey, and other public opinion polls, on the Gravis Marketing website at (http://gravismarketing.com/polling-and-market-research/texas-telephone-poll-stockman-gaining-against-cornyn-in-primary-battle/). The telephone survey was one of the only recently polls in the Texas.

The Stockman-Cornyn contest will be decided by these undecided voters. While it seems that Cornyn currently has the lead with 43% of voters saying they would choose him if the primary were held today, there are still 29% undecided. This is more than enough voters to swing the election in favor of either candidate. In the end, this is not a situation Senator Cornyn wants to be in for long.

The Senate Minority Whip, John Cornyn, has held his seat since 2002. He is being cast as the Washington insider by his challenger, Congressman Steve Stockman – who has only been in Washington since 2013. He is likely to frame his bid for the Senate as a challenge to Beltway politics.

While Cornyn shows a 15-point lead over the challenger, this is an uncomfortable position for the incumbent. 29% of voters are unsure who they will vote for and that's more than enough votes to keep Senator Cornyn uneasy. With Stockman having only just entered the race on December 9, 2013, this could signal uncertainty in the minds of presumed Cornyn supporters. If Stockman can keep up this pace, he may be able to sway more votes his way before the primary.

Highlights from the telephone survey include:

When asked “Do you approve or disapprove of Republican Steve Stockman?”

When asked "Do you approve or disapprove of John Cornyn?"

When asked, "If the election for U.S. Senate Primary were held today, would you vote for Republican Steve Stockman or Republican John Cornyn?"

- On party identification and ideology metrics, voters surveyed about their approval of Stockman showed a modest majority of uncertainty among Independents 54.9% and Republicans 54.2% while only 32.7% of identified Republicans indicated they approved of this candidate.

- For Cornyn, voters appeared to be more salient in their preferences with uncertainty at 23.9% among Independents and 21.9% among Republicans. 41.4% of Independents expressed disapproval while only 20.2% of Republicans disapproved.

- Support for Cornyn rests primarily in Republicans at 57.9% while 34.7% of independents expressed approval.

- Among those surveyed who identified themselves as Very Conservative, Cornyn holds a 12.3 percentage point advantage over Stockman 46.2% to 33.9%.

- Among Very Conservative voters, the uncertainty gap was significant with 21.9% expressing uncertainty about Cornyn’s candidacy and 50.6% indicating the same for Stockman.

Gravis Marketing was founded in 2010 by Doug Kaplan who is expert with turnkey political advertising, market research and polling. We are located in the greater Orlando area of Winter Springs, Florida. Contact us at 800-371-3129 or 1-407-454-8600 and you will receive customized and knowledgeable service. Whether it is your campaign, a a non profit or your business, your project is important to us.