Multifaceted entertainer and entrepreneur, Texas P, releases two new songs titled “Freestyle” and “Lifestyle” as a follow up to his hit single "No Promo" 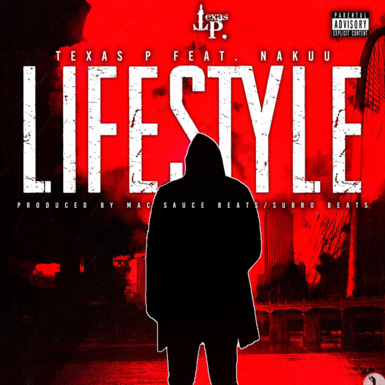 September 24, 2020 — Texas P has continued his move to disrupt the entertainment industry as he recently dropped two singles even as his last song continues to do well across the globe. Titled “Freestyle” and “Lifestyle,” the songs show the creativity and ingenuity possessed by the talented Texas P, features that have helped to increase his popularity in the music industry.

Born Terelle Harris Sr., Texas has been in the entertainment business for almost two decades, releasing his presentation collection "Stonewall" including the single "Hit Me Up" in 2002. His talent made him almost instant success, launching an indie label called “Aggravated Entertainment” and working with the likes of StrTeam Ent/Universal Music Group. Over the years, the talented rapper has worked with the likes of Bruno Mars, Swizz Beatz, and Ivelice, showing the world his ingenuity and rising to the top of music charts worldwide.

Texas P’s delivery, punchlines, and fantastic wordplay have made him the toast of millions of rap lovers across the globe. Following the success of “No Promo,” which rose to number 3 on the iTunes chart in Europe in January 2020 and got over 150k streams on Spotify, Texas P has released “Freestyle” and “Lifestyle.”

Texas has been likened to the legendary Jay-Z due to his craftsmanship on the microphone, as he blesses the eardrums of his fans in “No Promo,” with the project reestablishing his position as a lord on the MIC.
The amazing blend of the melody reminiscent of Stevie Wonder, Ghetto Boys, UGK, 2 Pac, Notorious BIG, Luther Vandross, and Barry White stands Texas P out in the industry and he has again brought this to bear in his new single. He is also known to offer a mix of the south in with a spot of the Bronx, New York, delivering a blend of Ludacris, Eminem, Jay-z, and Busta Rhymes' base of stream, verses, and execution.

Texas P is looking to drop his EP titled “Just Da Beginning” in 2020.

About Texas P
Texas P is an artist, entertainer, and entrepreneur who has stunned the world of entertainment since he began his journey in 2001. He is the founder of “Aggravated Entertainment” and has worked with several giants in the music business.