Sign Up Your Account Send Press Release
MarketersMEDIA / Newsroom / Telecom Towers Market is Expected to Register a CAGR of Over 4.56% During the Forecast Period 2019 – 2024

This report helps to analyze competitive developments such as Joint Ventures, Strategic Alliances, Mergers and Acquisitions, New Product Developments, And Research And Developments in the “Global Telecom Towers Market”. 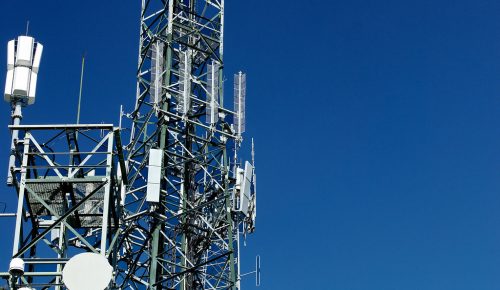 Manhattan, United States - May 16, 2019 /MarketersMedia/ — Market Overview
The Telecom Tower Market is expected to register a CAGR of over 4.56% during the forecast period 2019 - 2024. The leasing concept has enabled the MNOs to invest heavily in developing their infrastructure and reach across rural regions, thus bringing new revenues to the tower operators, through tower installations. Tower-sharing is one of the major growth drivers for the telecom industry, as it provides benefits like cost reduction and faster data rollout. The telecom tower industry has gained high prominence as an independent industry, mainly in India and the United States.

The broadband adoption can help improve the economy in rural areas by increasing income, creating jobs, and by lowering unemployment rates. However technology keeps improving, enabling existing wiring to carry more and more data. Alternative techniques are being used to promote broadband in rural areas. For instance, broadband via mobile phone technology or via satellite. Though via satellite is an expensive alternative, it stands as one of the dependable sources of broadband for people staying in rural areas.

Despite regular investments from the governments, many rural areas around the world lack access to high-speed internet services. With the introduction of next-generation technologies, such as the Internet of Things, and advanced connectivity spectrums, like 5G, the global telecom tower market is expected to have an increase in demand over the next few years.

The environmental impacts of telecom towers have always been a major concern. Radiation from mobile towers has always been an issue, which is recognized as an unseen and subtle pollutant that may be affecting life forms in multiple ways.

Installation across a few regions has been stopped, considering the local public’s fear of the environmental damage that the presence of the mobile towers may cause in the neighborhood. For instance, the residents of Clear Lake Riviera, California, have cited fire danger as their primary concern toward the installation of a telecom tower. Telecom operators like Verizon and AT&T are finding a need for the tower in the region, however, the concerns of the public has been delaying the process. The tower is ready for set up by December 2018, after the feasibility tests conducted by Horizon Tower, a prominent telecom infrastructure provider. Although in the above cited instance, installation got a nod, the impact of the environmental concerns cited by the public in the setting up of the towers has been evident.

Scope of the Report
The increasing data usage by consumers has led to a competitive telecom landscape across regions. With tower sharing becoming increasingly popular among the MNOs, the tower operators have been able to reach operational efficiencies. Independent tower companies owned around 70% of the total 4.10 million towers around the world (as of 2017). China has the highest number of telecom towers in the world, owned by the state-run China Tower Corporation. They have around 1,968,000 towers and it was estimated that they are leasing over 550,000 towers.

Lattice telecom towers are mostly three-legged towers, with tubular leg elements and tubular bracing members. They are used explicitly in case of heavy loads, which makes them suitable for central communication hubs and MW backbone sites in hurricane zones.The primary purpose of setting up a lattice telecom tower in a telecom network is to support more than one antenna for communication purposes. These towers also support the load of supporting apparatus used in communication networks.

Lattice telecom towers find their primary applications in radars, video surveillance equipment, and GSM/CDMA equipment. They can be used as electricity transmission towers, radio towers, or as an observation tower.

The weight of the lattice tower is spread over a greater area, which reduces the pressure on the foundation and the ground. The modules of a lattice telecom tower can be assembled easily and does not require heavy equipment and cranes, which further optimizes the cost spending of vendors...

The North American region has been witnessing a significant shift, with the majority of towers being increasingly transferred from MNOs to independent tower companies. Owing to supporting initiatives by the governments, the region is expected to continually strengthen its position in the global market. For instance, the US Department of State’s Global Connect Initiative (GCI) aims to bring an additional 1.5 billion people online by 2020, thus creating a demand for more connectivity and network infrastructure.

Competitive Landscape
The Telecom Tower Market is highly competitive and consists of several major players. In terms of market share, few of the major players currently dominate the market. These major players with prominent share in the market are focusing on expanding their customer base across foreign countries. These companies are leveraging on strategic collaborative initiatives to increase their market share and increase their profitability. The companies operating in the market are also acquiring start-ups working on Telecom Tower Market to strengthen their product capabilities. In April 2018, Crown Castle International Corp. announced that its subsidiary, CCR S.r.l., agreed to purchase a 49% interest in RaiWay S.p.A, a subsidiary of RAI (Radiotelevisione Italiana) S.p.A., the Italian state-owned television and radio broadcaster, for approximately USD 380 million. RaiWay employs over 750 people and manages over 2,300 broadcast transmission sites across Italy, representing Italy's largest broadcast tower network.

Reasons to Purchase this report:
- The market estimate (ME) sheet in Excel format
- Report customization as per the client's requirements
- 3 months of analyst support