Son Of Mars initially began gaining underground recognition as a rapper following the release of his EP, Son of Mars in 2019. He originally started making music at the University of Rochester in 2019 under the label FamilyOverGold. 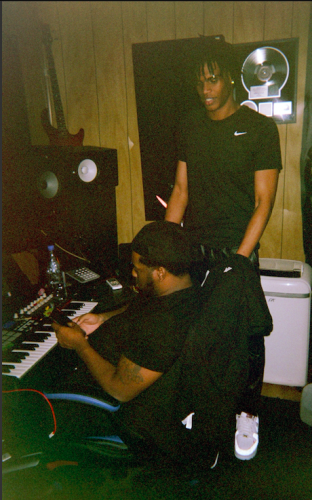 Atlanta,GA, United States - July 25, 2021 /MarketersMEDIA/ — Son Of Mars initially began gaining underground recognition as a rapper following the release of his EP, Son of Mars in 2019. He originally started making music at the University of Rochester in 2018 under the label FamilyOverGold.

The team at Family Over Gold is pleased to introduce Son of Mars into the deep end of the hip-hop industry as they believe that the rapid rapper is finally ready to take the world by storm. Family Over Gold is a new-age talent management company that puts its clients first. The company works with all sorts of talents including producers, artists, entrepreneurs, athletes, and creative minds. The company regularly churns out first-rate professionals, and this time, Son Of Mars is up.

Stephon Peters-Smith known on stage as Son of Mars is a rapper, singer, record producer and songwriter renowned for his high energy and 90s styled rhythms. Born and raised in the Caribbean Islands of Trinidad and Tobago, he moved to the US in 2016. Mars, however, discovered his passion for music in 2018 when he attended the University of Rochester. It was at the university he was able to pursue musical production and further his interests in Greek mythology and entrepreneurship. He once stated when he was younger that his family members in Trinidad often remember him referring to himself as “Demi God,” a trend that has stuck with him in the later years.

Speaking about his journey so far, Mars said, “Despite a troubled past, I began pursuing a business degree at the University of Rochester. Both University of Chicago and Cornell University offered me a position based on my academic ability and my basketball skills. So, the question I get asked all the time is “why music?” If I say it’s not for the fame, the wealth, the power or the influence I’d be lying. It’s that. However, there is a burning passion to help those who couldn’t make it pass those challenges I faced due to their circumstances. Music is a way to leave my legacy on the world and speak for the small corners of my people, that do not have a voice to speak for themselves.

Mars initially began gaining underground recognition as a rapper following the release of his EP, Son of Mars in 2019. He originally started making music at the University of Rochester in 2018 under the label FamilyOverGold. In late 2019, Son of Mars released an EP titled “SON OF MARS” which contained three singles. Shortly after the release, high profile producers started to notice him. Producers like Ness on the beat, DP beats and Royce David. In Rochester NY, he quickly began gaining popularity upon releasing his first track “First Born” produced by FamilyOverGold, which had thousands of streams within a few weeks.

The buzz continued to grow locally as Mars partnered with Nick Smith, a University of Rochester student and began growing their FamilyOverGold team. They started by collaborating with Rochester’s booming up and coming underground hip-hop network. It was through these new network connections, that he was introduced to the film fashion and photography community. Mars spent months working with local media outlets, leading up to his work with the University of Rochester’s media. The help and support of the University made it clear that Son of Mars and FamilyOverGold had to join the NACA (National Association for Campus Activities).

In August 2020, Mars met up with two-time Grammy Nominated, Multi-Platinum Producer and Engineer Jack Brown at his studio in city of Atlanta to work on upcoming singles and a project to release. It was in Atlanta that Mars began producing a different style of music.

Jack Brown who has worked closely with artists such as 2 Chainz, Lil Wayne, Kanye West, Ludacris, and French Montana was the lead engineer in some of the upcoming Son of Mars singles. With Atlanta being known as a pillar of hip-hop’s trap culture, the team is sure that the upcoming singles will reflect that.

About Family Over Gold (FOG)
FOG is a network of young talented artists, producers, entrepreneurs, athletes and creative minds dedicated to bringing you the best experience. As a unit, they locate new talent from every corner of the US and Canada and bring them to light and to fans. They plan and host festivals, college parties and a number of other events. Their job is to guide people who have an interest in knowing what happened behind the scenes of a concert, behind a hit song and the complicated doors of the music industry. They connect these people with people that can further their growth in the music industry. They are currently giving the job of locating talents to fans.