Sign Up Your Account Send Press Release
MarketersMEDIA / Newsroom / Socal Sunrise: Breathwork Proven To Be Very Useful In The Treatment Of Addiction

Socal Sunrise: Breathwork Proven To Be Very Useful In The Treatment Of Addiction

Until recently, breathwork was a mysterious phenomenon for most Americans. Now, with a small revolution of alternative healthcare and eastern-world spiritual influence spreading across the western world, this previously-quiet group of breath exercises is finally becoming more popular. 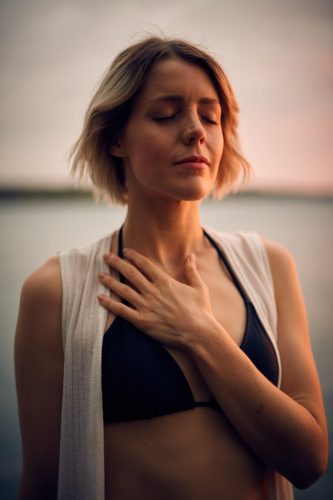 Huntington Beach, United States - October 10, 2019 /MarketersMedia/ — In professional addiction treatment centers across the globe, breathwork is emerging as a therapeutic practice to help those struggling with substance abuse heal from their addictions.

Breathwork refers to any breath exercise or technique used to alter one’s emotional or physical state. Breathwork has been around for millenniums, though many versions of breathwork exist that originated from a wide array of eras. From ancient ages to as early as decades ago, breathwork has been healing and helping generations. Breathwork can induce chemical changes in the brain that allow for stress relief and unparalleled healing. When used in conjunction with other treatment modalities, breathwork can aid in a happy, healthy, and sustainable recovery from addiction and alcoholism.

Breath exercises have been used in a myriad of different cultures for thousands of years, mostly in the Eastern world. For example, the Wim Hof method, a modern technique of breathwork developed in the last few decades, was inspired by ancient Tummo meditation (an ancient practice used by Tibetan Buddhist monks).

Tummo meditation has been shown to increase the alpha and beta waves in the brain, thus stimulating feelings of deep relaxation without making someone sleepy. Tummo meditation and its associated breathing technique also tend to increase body temperature. This fact, perhaps, is why Wim Hof developed his breathwork method, considering his claim-to-fame involves submerging himself in near-freezing temperatures for extended amounts of time.

If breathwork can help someone curb the urge to jump out of freezing-cold water immediately, it has the potential to help many other physical and mental ailments as well.

As mentioned, many types of breathwork exist that can assist in stress-relief and contribute to healing from addiction. Some kinds of breathwork include:

This statement may sound counterintuitive, considering breathing is considered to be as unconscious of an action as digestion is for people. However, the breathing habits that many modern people tend to develop are relatively unhealthy.

Humans tend to hold their breath or breathe shallowly in tense situations. Those who have anxiety disorders, especially, tend to hold their breath for long periods without realizing it naturally. Although many western approaches exist in the realm of treatment for addiction and alcoholism, such as psychotropic medications and cognitive behavioral therapy, eastern medicinal methods also deserve application and recognition.

In recovery, addicts and alcoholics must learn all-new coping skills to deal with their thoughts, emotions, pains and ailments, environmental stressors, traumatic memories, and comorbid mental illnesses. Breathwork, performed by a professional administrator in a safe and structured setting, can transform those who utilize it due to its neurochemical effects and its ability to increase alpha waves in the brain. Through breathwork, addicts and alcoholics can realize that the medicine needed to recover, sometimes, resides purely within themselves.

Often, people in recovery from an addiction have more than one mental illness. These people, often deemed as having a “dual-diagnosis” can have an extra-difficult time recovering due to their accompanying disorder. For example, many addicts also suffer from addiction, bipolar disorder, personality disorders, and anxiety disorders. Luckily, breathwork has been shown to aid in the relief of many of these disorders’ symptoms.

For those who suffer from addictions and one or more accompanying mental illnesses, breathing habits were probably the least of their concerns for a very long time. In early recovery or even decades after recovering from a substance abuse disorder, breathwork can prove to be an extremely beneficial way for addicts and alcoholics to cope with the stressors that inevitably tag along with recovering from addiction. Controlling the breath makes it easier to control the mind- something most addicts and alcoholics haven’t felt in-control of for a very long time.