Singa B’s Much Anticipated Album, ‘Yellow Caution Tape 3’, to be Released in January 2021

The New Year 2021 unveils new delights as the much-awaited album from Singa B, Yellow Caution Tape 3, hits the music scene. The album will be live on January 11 under the Blue Roc Records label. 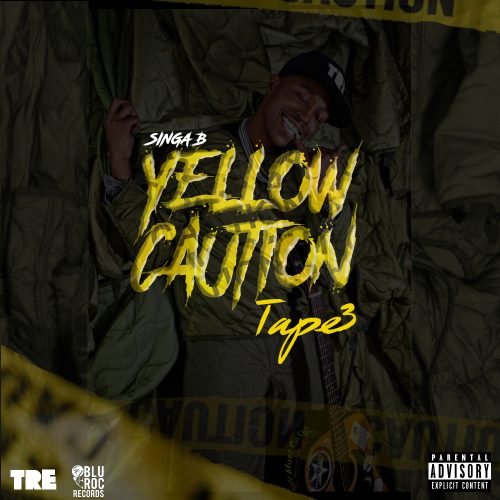 January 3, 2021 /MarketersMedia/ — Yellow Caution Tape 3 is more exciting than its second or even the first version. There are new vibes and sounds to soak, and forget the worries of the world! This album also features co-founder of Rocafella Records, Dame Dash, who is a co-producer.

“Soul Music is second nature to singer and guitarist, Singa Bromfield,” said The Australian in a past review. Singa B is an even more mature artist today, and is a mainstay of the music world, having reached #12 on Billboard charts for the rap album, ‘The Head that Wears the Crown’, for which he was the producer, co-writer, and featured artist.

Singa B has been making pro music right since high school, where he released a solo album, ‘Late Night Jam Sessions’, and went on to tour Australia with his band. He was later accepted at the Berklee College of Music in Boston, MA. His entire portfolio comprises over 10 studio albums, two live albums, and a documentary.

As an entrepreneur, Singa B is the founder of record label TRE Productions, and the COO of his nonprofit organization, “Gardens Art Life”. He has recently launched a media group, and an urban clothing line, TRE.

Growing up in Memphis, TN, Singa began to take interest in music from the young age of five. He graduated from the house of blues young producers bootcamp (2006). His recent musical releases in 2019 include Yellow Caution Tape 3, TOSTB 3, Trapazoids, and the singles Last One Left and Alone.
Follow on Instagram: www.instagram.com/SingaBromfield and www.instagram.com/TREslowdown