Tarzana, California based West Coast Clinical Research has launched the Sell Your Sperm video campaign to attract healthy male volunteers to a clinical study on the effects of drugs on sperm counts and fertility. 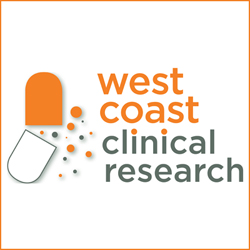 Tarzana, CA,, USA - - May 27, 2013 /MarketersMedia/ — A newly released online video campaign from West Coast Clinical Research in Tarzana, CA is designed to attract volunteers to a new series of clinical studies into the effects of drugs on fertility and sperm function. By participating in the Sell Your Sperm study, volunteers will earn cash while simultaneously contributing to the advancement of medical knowledge. Researchers hope this appeal will draw healthy male volunteers, age 18 and over, from all over the Greater Los Angeles area.

West Coast Clinical Research is the largest clinical research center in the San Fernando Valley and often performs studies mandated by the FDA to determine what effect, if any, certain drugs will have on sperm counts, hormone levels and other fertility parameters. These studies are usually conducted with a placebo arm, meaning that half of the participants will get a placebo and the other half will receive the drug being tested.

These trials typically last for the life span of the sperm which, on average, is about 74 days. Participants are healthy men who will volunteer a sperm sample at the beginning of the study and again at the end of the study after having taken a course of medication or a placebo. At the end of the study, sperm parameters are compared between the beginning samples and the end samples, with comparisons also made between the placebo group and drug group.

Participants must be in good health and pass a physical examination, blood tests and an EKG. They are also required to test negative for street drugs and have a normal semen analysis and hormone levels. Participants are compensated for the time and effort they contribute, usually between $100-200 per semen specimen. There may be six or more samples taken during the course of the study and some volunteers may receive over $750 for their participation.

Given the high cost of medical care, some participants may also benefit from the medical examination and blood and other testing which they receive at no charge. For some, it may be the only medical evaluation they have had in some time. Occasionally, a previously undiscovered medical condition is revealed as part of the screening process that may otherwise have gone unchecked.

Under the guidance of Medical Director Eugene Dula, MD, West Coast Clinical Research has performed studies of this type for drugs produced by Pfizer, Lilly, Bayer, Warner Chilcott and many other of the world's largest pharmaceutical companies.