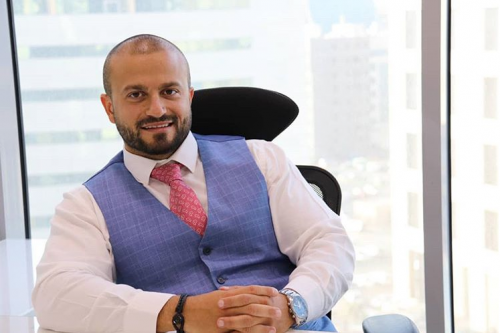 “I have found humor and entertainment to be a great way to establish a connection with people,” said Mukahhal. “I’m a businessman, but life—and business—go better when you can smile and laugh a little. I think a lot of people feel that way, which is why over half a million people have now watched my Lebanese joke video.” Mukahhal posted his first video on Facebook in 2016. The early success of that video—it was well received and considered very funny by almost every viewer—prompted Mukahhal to continue engaging with and entertaining his audience.

He added, “As I say in my Instagram profile, ‘we all smile in the same language.’” Mukahhal has built a significant fanbase on Instagram, mostly comprising Lebanese people. Fans visit his profile to see Mukahhal in a variety of lifestyle settings. He’s at the beach. He’s playing with his dog. He’s kidding around with friends. The ultimate impact of the Instagram account, however, is to reveal how much of an influencer Mukahhal has become.

Mukahhal’s business, Middle East Bitcoin, provides a complete crypto-currency resource for residents of Middle Eastern countries. The site enables customers on how to set up a Bitcoin wallet and accept Bitcoin payments. Bitcoin is a revolutionary form of money which is accessible anywhere in the world through an internet connection or phone.