Federation of Royal Maya, a federation of three islands in the Caribbean governed by His Imperial Majesty King Philip IV, will donate $1,000,000 USD in goods plus $5 million Royal Mayan manna to help the Navajo Nation fight the deadly COVID-19 virus. 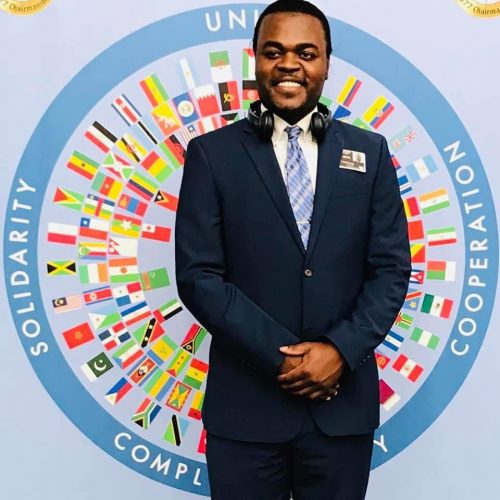 Federation of Royal Maya - July 7, 2020 /MarketersMedia/ — H.H. Prime Minister David Arthur Darby announced today that the Federation of Royal Maya, a federation of three islands in the Caribbean governed by His Imperial Majesty King Philip IV, will donate $1,000,000 USD in goods plus $5 million Royal Mayan manna to help the Navajo Nation fight and recover from the deadly COVID-19 virus.

“We have seen the suffering and death currently devastating the Navajo Nation and we are moved to assist them,” said H.M. King Philip IV. “We simply cannot stand by and watch Native peoples in the United States who are struggling with a disease that threatens to destroy their families and their unique Southwestern culture.

Accompanying the King is the Queen Mother of the Federation, Her Majesty Queen Janice I.

She has been deeply touched by the lack of medical supplies to the indigenous peoples of the US and is grateful for the opportunity to positively impact primary healthcare workers, families, and individuals of the Navajo Nation. The Queen Mother states, “I greatly anticipate building a solid foundation of collaboration and trust as we work together for the good people of both the Navajo Nation and of Royal Maya”.

The King and Queen Mother will formally present the donation from the Caribbean islands to the State of New Mexico through Governor Michelle Lujan Grisham and the Navajo Nation President in Santa Fe, NM in July 2020.

A representative from the U.S. State Department and members of the US congressional delegation of New Mexico will also be in attendance to greet the King and the Queen Mother.

Former U.S. Ambassador to the United Nations and New Mexico Governor Bill Richardson will also be in attendance as he assisted in facilitating the donation through his newly created Navajo Relief Foundation.

The Federation of Royal Maya is a nation of three islands and several territories including Maya, Yama, and Tago. Once the dominion of Cuba, the islands were granted their sovereignty in 1997 by order of President Fidel Castro Ruz, in order to bridge relations with the United States.

Under the leadership of H.M. King Philip IV, the islands’ Federation is working with the United Nations, the United States, and other nations to give a fresh start to refugees around the world. The King’s vision is to create a sustainable community that offers educational and economic advantages for displaced refugees. As a nation whose vision is economic progress, it is the first country utilizing gold-backed crypto currency as an official tender. This puts Royal Maya as a pioneer in the financial industry.