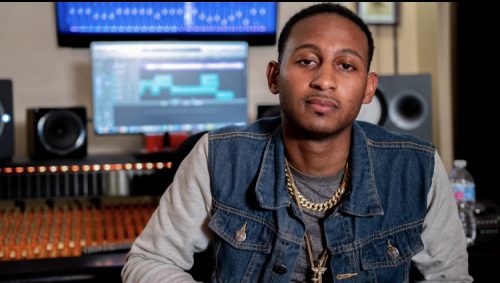 Dalllas, United States - September 12, 2021 /MarketersMEDIA/ — Hip hop artist Yung Dub D, whose songs have charted across the globe, has announced the release of his latest singles, “Head Over Heels” and “I Agree.”

Born in Dallas, Texas as Kedric Battee, Yung Dub D has risen to fame at a torrid pace on the strength of his heartfelt lyrics, melodically rich rap style and banging rhythms.

His lyrical insight comes from a life of struggle and hurdles. Yung Dub D was a child when he lost his father, Donald, but said his father continues to inspire him and that his stage name pays tribute to the man.

“I came up with Yung Dub D because I am a double of my father, who passed away when I was six years of age. Even though he is deceased, I know he is still with me in my journey. I feel like my first name should have been Donald. Moreover, my middle name is Dewon, so that’s where Dub D comes in,” said Yung Dub D, who cites Michael Jackson, Stevie Wonder and Lil Wayne as his main musical influences.

“They have been the reason for me taking up music and pursuing it seriously. These music geniuses have been known to express distinct feelings through their songs, which have motivated me ‘til no end,” he said.

Yung Dub D began his career by creating mixtapes of his favorite songs and began recording in 2014 with the group Check Life. He also produced records for one of the group’s members. In 2017, Yung Dub D began his solo career to instant acclaim and thousands of views and streams across major platforms and features in a variety of hip-hop publications. He now has multiple mixtapes and album releases to his credit.

Verna Magazine said Yung Dub D “utilizes thematic virtues in his music and aims to create a real and authentic experience that his audiences can relate to. With a vocal resonance that is captivating and eccentric, he has paved the way for a legacy that is set to inspire musicians in the future as well.”

His releases have included the songs “Put It All On Me,” “In My Head,” What You Gonna Do” and “Alligator Lizard.” But it was his song “Core,” with its energetic music and rhythmic melody, which catapulted Yung Dub D into the top ranks of the global rap scene.

“When I recorded ‘Core,’ I actually did not have anything written down at the time. I did have some of the hooks stuck in my head, which were the first two lines. After the second line, I started going with the flow,” recalled Yung Dub D.

BuzzMusic said about “Core,” that “the track is a seductive and sexual track about Yung Dub D’s various skills. Yung Dub D proves he’s the best through his prolific rhymes and independent grind. ‘Core’ is definitive proof that Yung Dub D has earned his stripes.”

He can be followed on Instagram @officialyungdubd and on other social media channels.