Becoming a symbol of strength for his local community, unique Detroit based artist Nino Staxx has now released his latest single “Can’t Vibe”. The single is also accompanied by an energetic music video. 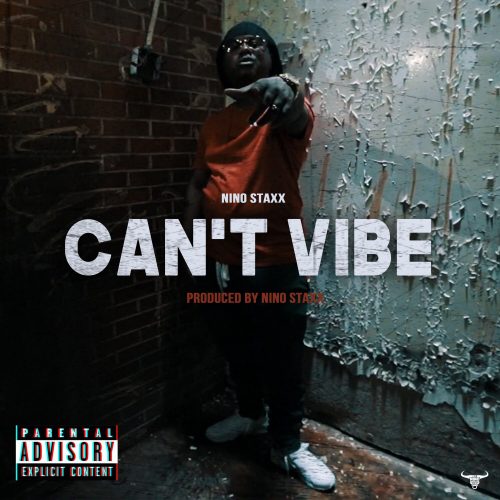 Detroit, United States - September 22, 2019 /MarketersMedia/ — Hailing from the eastside of Detroit, Michigan, Nino Staxx is an artist, producer, and entrepreneur who has risen above adversity to accomplish great things. Becoming a symbol of hope and strength for his family, friends, and fans all across Detroit, Nino Staxx has now released his hip new single “Can’t Vibe”, along with a music video that is now getting attention online from across the country.

“Can’t Vibe” has been grabbing attention and turning heads in all places. The song has been given commendable radio time on 97.9 WJLB in Detroit, along with international radio playtime in London. It has also resulted in the viral online challenge dubbed as the #CantVibeChallenge. Having received love and attention from a large demographic of listeners, Nino Staxx is in works to release a full album in the near future.

He made an official statement for the press to discuss his musical ideology “I want my people to know that there is a light at the end of the tunnel. But you have to go within to find it. And on the path to success, there will always be some people you just can't vibe with. I made the conscious decision to follow my dreams and work hard to be where I am. I urge my fellow Detroiters to follow their dreams and set an example for the next generation.”

More details about Nino Staxx’s discography and his work as a producer can be seen on his official website at http://ninostaxx.com/.