Richard Plattner, partner at Plattner Verderame, P.C., has been named a Fellow for the American College of Trial Lawyers. 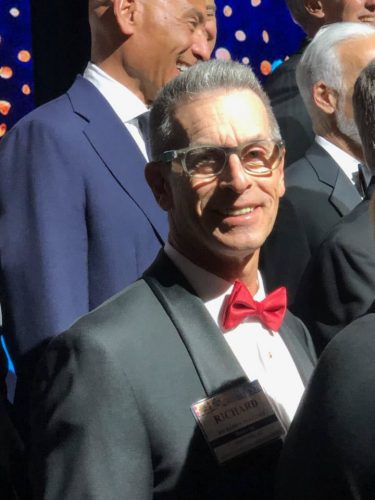 “I feel very honored to have been named a Fellow with the American College of Trial Lawyers,” said Richard Plattner. “This prestigious organization has helped support attorneys and the justice system for decades, and I look forward to continuing the ACTL’s work with my peers.”

The special induction ceremony at which Richard Plattner became a Fellow took place before an audience of 561 during the recent Induction Ceremony at the 2020 Spring Meeting of the College in Tucson, Arizona. The meeting had a total attendance of 679.

About the American College of Trial Lawyers

Founded in 1950, the College is composed of the best of the trial bar from the United States, Canada and Puerto Rico. Fellowship in the College is extended by invitation only and only after careful investigation, to those experienced trial lawyers of diverse backgrounds, who have mastered the art of advocacy and whose professional careers have been marked by the highest standards of ethical conduct, professionalism, civility and collegiality. Lawyers must have a minimum of fifteen years trial experience before they can be considered for Fellowship.

Membership in the College cannot exceed one percent of the total lawyer population of any state or province. There are currently approximately 5,800 members in the United States, Canada and Puerto Rico, including active Fellows, Emeritus Fellows, Judicial Fellows (those who ascended to the bench after their induction) and Honorary Fellows. The College maintains and seeks to improve the standards of trial practice, professionalism, ethics, and the administration of justice through education and public statements on independence of the judiciary, trial by jury, respect for the rule of law, access to justice, and fair and just representation of all parties to legal proceedings. The College is thus able to speak with a balanced voice on important issues affecting the legal profession and the administration of justice.

Richard S. Plattner is an award-winning trial attorney, and was named the 2017 Lawyer of the Year by the American Board of Trial Advocates. He has served in multiple leadership positions for the Arizona Association for Justice, the Arizona State Bar Association, and the American Association for Justice. He is certified by the Arizona State Bar as a specialist in both Personal Injury and Wrongful Death litigation, has been named to “Best Lawyers in America,” and is AV rated by Martindale-Hubbell. He is also the winner of the Albert Nelson Marquis Lifetime Achievement Award.

Plattner Verderame, P.C. has been dedicated to seeking justice for those who have been injured because of the negligence of others since 1991. The firm handles complex injury claims for clients throughout Arizona, with a special focus on: