On April 5, 2014, Rich Club of Houston presents Steven Kaufman of Zeus Mortgage to keynote their Main Event and Trade Show. Steven, a highly sought-after speaker in the financial arena, will discuss engineering debt for personal leverage. 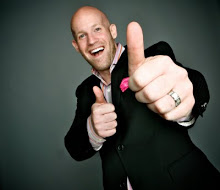 Houston,, USA - - March 27, 2014 /MarketersMedia/ — The Realty Investment Club of Houston has been in operation more than 34 years. It is the largest real estate investor association in the country with current membership exceeding 1,000 members. RICH members receive education, networking and instructive discussion of real estate investing, as well as a long list of member benefits and services including free admission to many RICH events every month: the General Meeting and Trade Show, Monday night workshops, and a growing list of focus group meetings. Its members include full- and part-time investors and everyone from accountants to attorneys.

The most anticipated meeting of each month is the RICH Main Event held on the first Saturday of each month. This event always features well-known and knowledgeable guest speakers such as municipal leaders, business professionals, academic personnel and experienced real estate experts that discuss current trends and events in the real estate world. April’s meeting features guest speaker Steven Kaufman, CPA, MsEDE, and President of Zeus Mortgage.

Steven Kaufman, CPA is a principal in Zeus Mortgage where he has coordinated over a billion dollars in real estate financing for many large, worldwide companies. He is frequently interviewed by ABC, CBS and Bloomberg News regarding the current mortgage market. Listed below are a few of the awards and recognition he has received throughout his career.

RICH members and nonmembers will want to take advantage of this opportunity to hear Steven Kaufman speak. The date is April 5, 2014 at RICH headquarters. The address is 4220 Lockfield St., Houston. The event begins at 8:00 a.m. and is scheduled to end at 12:30 p.m. Advance registration is not required; the necessary paperwork can be completed when everyone arrive. First-time guests are free; $30 for members.