Pavel Kozlov proves that his determination and thirst for knowledge allows him to be ready for anything. He continues to refine his acting talents and still trains incredibly hard with his fighting background and athleticism, becoming the best bad Russian actor in the industry. 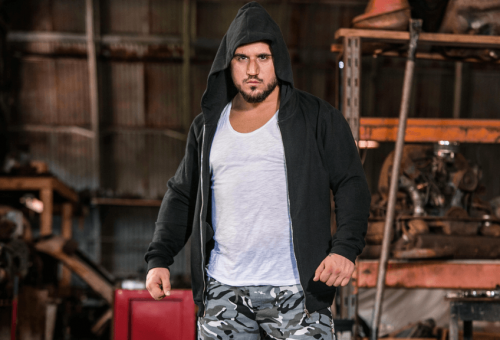 Hollywood, United States - April 24, 2020 — From the time he was a young teenager growing up in Moscow, Russia, Pavel Kozlov has always envisioned a place for himself on the American Pro Wrestling Scene. Now, having made that dream a reality, he has set his sights on a new goal—to become "the best bad Russian" in Hollywood.

A Career In Portraying Evil Characters

Pavel has never been in denial about his background. Being of Russian descent, with English as his second language, he has been well aware of the stereotypes that come with the territory.

Very early on, Pavel decided to use these stereotypes to his advantage, becoming "The Real Russian" of pro wrestling. In an interview with The Hollywood Times, he goes on record saying, "For me, it does not make sense to break the system if the stereotypes were already established a long time ago if that works, if the people can understand that character, and if it can bring out real emotions from them."

His portrayal of Victor Romanoff, the Siberian Fighting Spirit, in his professional wrestling career has led Pavel Kozlov to portraying "evil characters" in his acting roles. His most recent roles were on the TV shows "MacGyver" (CBS), and "Black Lightning" (CW).

Dedication To The Craft

Be it pro wrestling or acting, it’s safe to say that Pavel Kozlov is an extremely dedicated individual. And this goes far beyond the normal clichés.

Not many people would move across the world in pursuit of their dreams. With no friends, no family, no one to lean on when times got tough—and his English being far from fluent—Pavel moved to the United States to fulfill his dream of becoming a professional wrestler.

His dedication to excellence started as a teenager growing up in Moscow. From the first time he saw American Pro Wrestlers at the age of 14, Pavel knew it was what he was meant to do.

However, professional wrestling is practically non-existent in Russia. With nowhere to go to practice and learn the craft, he resorted to recording (on VHS tapes) what little he could of the pro wrestling shown on TV in his native, Moscow. He would study these tapes for hours unending, soaking up all he could.

In addition to his burning desire for success, Pavel Kozlov recognizes the true value of education as his primary means for achieving his goals. He spent years studying wrestling at Team 3D Academy in Orlando, Florida. And after his move to Los Angeles, California, in 2017, he immediately enrolled at Playhouse West in North Hollywood to study acting.

A Lifetime Of Learning

Pavel Kozlov approaches every opportunity as a chance to learn. He enjoys working with other actors and seizes the chance to learn from their experiences.

It didn’t take him long to realize that his expectations for his acting career were a bit misguided. Seeing himself as a muscular guy with extensive training in the wrestling profession, he figured he was prime for all sorts of action roles.

Since the start of his acting education, however, Pavel has realized the possibilities are nearly endless for his career. And he plans to take every opportunity to expand his skills and experience.

Pavel Kozlov has truly proven that his determination and thirst for knowledge allows him to be ready for anything. He continues to refine his acting talents. And he still trains incredibly hard with his fighting background and athleticism. Pavel trains at the prestigious Hayastan MMA in North Hollywood with MMA legend, Gokor Chivichyan, and his son, Arthur.

For now, Pavel Kozlov remains focused on his acting career. But his roots in wrestling could bring a call from the WWE at any time. Whatever the future holds for him, one thing is certain: Pavel Kozlov is a force to be reckoned with.