MarketersMEDIA Year End Sale is back for 2020! Reach  APNews, MarketWatch, ABC,  and more than 480 media outlets at up to 80% off! Check It Out Now
Sign Up Your Account Send Press Release
MarketersMEDIA / Newsroom / PortaVia Launches GioVia Double-Walled Mug for “Purest Coffee Experience On-The-Go” 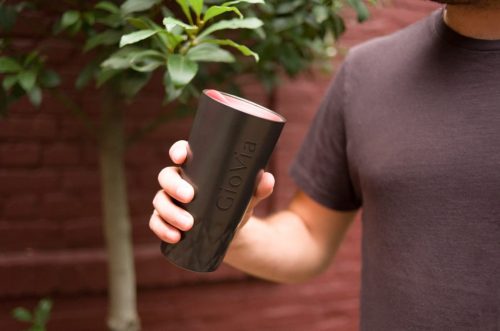 Vancouver, Canada - October 14, 2020 /MarketersMedia/ — After a very successful first Kickstarter campaign, Louis Dombowsky is back again with the next iteration in his company’s journey. Before going live with his new Indiegogo campaign, Dombowsky showcased the new product to a small group outside his Vancouver shop.

“We love the taste of coffee. We don't love it when we take it to go and it ends up tasting like stainless steel, paper or plastic,” says Dombowsky, showing off an insulated mug that’s comfortable to the touch while full of hot brew. “GioVia's a double-walled porcelain travel mug that will never alter the taste of your coffee. “

A lover of coffee, and a constant problem solver, Louis saw the opportunity to make an environmental impact through great design. Through creating the GioVia, Dombowsky hopes to help cut down on the more than 480 billion plastic bottles and 16 billion disposable coffee cups sold worldwide each year. More than just a solution to pollution, however, the GioVia provides a way to take the coffee experience on the go, without sacrificing.

GioVia features the PortaVia silicone lid, Dombowsky’s first coffee invention, which provides a tight seal and an incredible drinking experience because the lid sits below the rim-- providing the same drinking experience as a regular coffee mug. PortaVia, combined with the double walled porcelain design, will help keep your coffee nice and toasty warm for 45 mins longer than open mugs.

GioVia’s crowdfunding campaign has just been released on Indiegogo, and Dombowsky is confident that his backers will notice the high fidelity coffee experience they get with the GioVia.

In Dombowsky’s own words, “It’s all about staying true to your brew.”