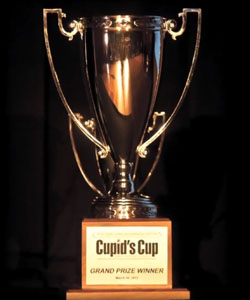 Annapolis,, USA - - December 5, 2013 /MarketersMedia/ — Philip Kapneck, the Maryland Trade Ambassador, welcomes the support for Maryland Business by the University of Maryland's Robert H. Smith School of Business, in the 2014 Cupid's Cup Business Competition, in conjunction with Under Armour founder and CEO, Kevin Plank.

Thanks to Kevin Plank, the Cupid's Cup Business Competition offers top student entrepreneurs the chance to compete for cash prizes. Applications are open until January 6, 2014.

The grand prize and other cash prizes are complemented with coaching from a team of successful entrepreneurs, in-kind services from leading edge companies, and the prestigious Cupid's Cup. Kevin Plank, successful CEO and University of Maryland Alumnus, announced he will also grant the 2014 grand prize winner exclusive access to a member of his professional network.

"The goal of Cupid's Cup is to identify and reward students who have the entrepreneurial drive and conviction to take a risk and start a business while they are young," Plank said, when the 2014 competition was announced in November.

Plank, founder and CEO of Under Armour and founder and chairman of Cupid's Cup Business Competition, aims to help a young innovator reach the next level with funding and his personal help to make a business connection.

The Cupid's Cup Business Competition progresses in stages, through to semifinals, and the final competition is held on Friday, April 4, 2014, at the University of Maryland's Clarice Smith Performing Arts Center. The judging panel narrows the competitors to five finalists at the semifinal competition round held at Under Armour's Baltimore headquarters in February. In the final round competition, the five finalists pitch their businesses to Plank and the judging panel in front of more than 1,000 attendees. Also on the day of the final round, a business and innovation showcase highlights campus and regional startups.

The Dingman Center, part of the Robert H. Smith School of Business, provides students with opportunities to pitch their business ideas, receive feedback from experienced entrepreneurs and access to funding. Cupid's Cup was inspired by a rose delivery business Plank started as a student at the university. As a member of the football team, he wasn't permitted to have an outside job, so he turned to entrepreneurship as a way to pursue his business interests. Plank worked with the Dingman Center to create and lead this business competition to foster similar student entrepreneurship.

Applications for the 2014 Cupid's Cup competition are accepted through January 6, 2014. There is no fee to apply. More information is available at www.cupidscup.com.

About Philip Kapneck:
Ambassador Kapneck, for the past thirty years, has brought a multitude of jobs into Maryland and the USA. He also helps the citizens of Maryland find jobs with companies he brings into the State.

About Kevin Plank:
As a special teams captain for the UMD Terrapins football program in 1995, Plank had an inspiration for a better kind of T-shirt - one that could wick sweat and keep athletes cool, dry, and light instead of overheated, drenched, and weighed down. Upon graduating from Maryland in 1996 with a bachelor's degree in business administration, Plank started to turn his idea into a reality and, as a result, began redefining the way athletes dress. After 17 years of outfitting athletes with the world's most innovative performance apparel, footwear, and accessories, Plank now oversees a company with over 6,000 employees worldwide and total revenues expected to cross $2 Billion by the end of 2013.