An upcoming artist Maxim Gee became a messenger of Almighty God through miraculous
fairytale-like interaction while being supported by entertainment industry moguls. 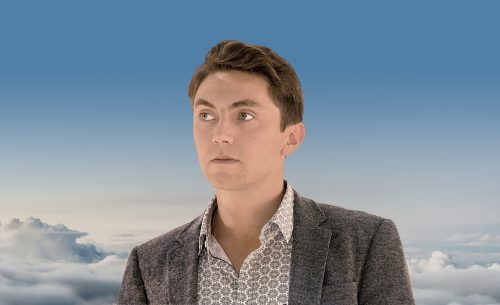 Amberg, Germany - July 11, 2021 /MarketersMedia/ — “Peace is imminent, only peace allows us to evolve and implement unlimited economic growth” as stated in a spiritual testimony called ”The Revelation”.

The event of “God’s Appearance” took place on July 30, 2017, in a small town Amberg (English: “On The Mountain”) in Germany. Previously it was known only to a special circle of extraordinary personalities, artists, actors, directors, writers, fashion brands, media, entrepreneurs and leaders.

As a result, it has enabled incredibly intense extrasensory perception that allowed everyone to easily communicate through mind-reading, tied together as one organism to provide direct transmission of human senses like euphoric happiness, imagination, concern, thoughts, emotions, etc. This incredible gift unveiled a special power to make pressure by looking at the image of a person. These skills combined enabled an entirely new form of conversation. The impactful extrasensory perception-based “peace activism” has changed the approach on global crisis solutions in a totally unprecedented way.

One of the most notable achievements in geopolitical relations to date was the UN - organized “Stockholm Agreement”, a breakthrough in a long-standing conflict in Yemen that took almost a year of hard work since March 2018. After signing it took another year to achieve a partial implementation. In times of escalated situations between the United States and North Korea, in addition to a dispute with China, these conflicts have been settled bringing adversaries to the negotiating table.

The assistance in unraveling the Brexit crisis led to a resolution and became one of the greatest achievements. Previous experiences in the media branch made it possible to provide an independent unbiased analysis to be confirmed through “Signs of God” in the sky pointing at the truth.

A special condition of high sensitivity has been evoked through meditation in order to read symbols documented on paper. These symbols served as predictions to show how to recognize God’s protection, predicting the causes of destruction to detect the true reason and measure an adequate balance.

Based on discovered details obtained from the so-called “Informational Field” a particle physics theory has been submitted to CERN Institute. The application of technique-related tests has shown the possibility of realization to be more evident. After the video snippet was published on Instagram 2 stars collided in space as proof of the extensiveness of God’s power in the Universe.

Despite immense support on the highest level throughout a 3-year period of working behind the scenes, there was plenty of misinterpretation in an attempt to publicly falsify the prophecy.