ORBI Prime extends Indiegogo campaign with over $194K in funding and will continue pre-sales until December 29, 2016 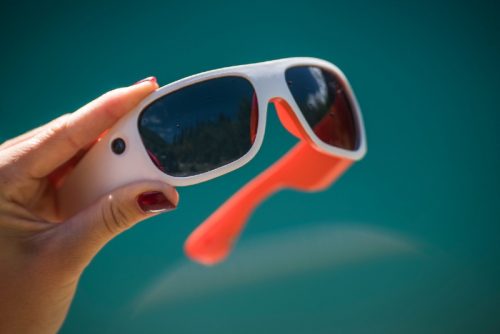 Berkeley, CA, United States - November 30, 2016 /MarketersMEDIA/ — ORBI Inc. has successfully raised over $194K for their 360-degree video recording eyewear and has announced that they will be extending their month-long Indiegogo campaign until December 29. ORBI Prime sunglasses are effortless to wear, durable enough to hold up for all adventures and provide wearers up to 90 minutes of recording time.

For those who are looking to capture the memories of their adventures, ORBI Prime offers a hands-free option, complete with four 1080p cameras with 4K resolution encased in a lightweight, polycarbonate frame with built-in Wi-Fi. Through the built-in Wi-Fi, users can utilize ORBI's industry-leading video stitching capabilities and easily share their favorite moments with friends and family through the ORBI mobile app.

"As we watched the success of the campaign rise alongside the demand for ORBI Prime, we felt the need to listen to our backers and keep pre-sales open," said CEO Iskander Rakhmanberdiyev. "We're hoping that by keeping this campaign going, we'll keep the conversation open for our backers to provide us with suggestions that they want to see implemented. This will not only help us enhance the product that we have now, but all of our products in the future as well."

ORBI glasses are equipped with multilayer, real-time video stabilization, which means users will have crisp, sharp videos every time. Wearers of ORBI Prime can also enjoy freedom from sun glare since each pair has polarized, adaptive sunglasses with UV protection. Using the detachable safety strap, wearers can keep ORBI Prime secure without them being bothersome or getting tangled in longer hair. This eyewear comes in two sizes and five bold color schemes.

ABOUT ORBI INC.
Founded by a team of veteran hardware and software engineers from leading institutions, as well as professional photographers and videographers, world travelers, adventurers and outdoor enthusiasts, ORBI is uniquely positioned to radicalize the emerging 360° video industry through the harmonious blend of wearable technology.