Wall Street’s raving about this revolutionary new firm spreading like wildfire on Linked In, and seeing hundreds of deals through its online Alpha platform – and Banker Bay hasn’t even launched. 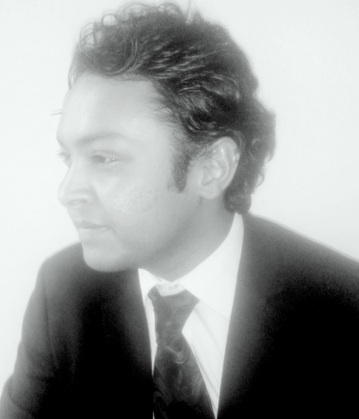 Locations in New York, San Francisco, Dubai, and New Delhi support Banker Bay's innovative platform in becoming the world's first online deal aggregator and offline introducer. Founded by investment banker Ash Narain, the new company has attracted a phenomenal advisory board with an aggregated deal history in excess of $90 billion. Says Narain, "We've got the right people behind us. They come from the highest levels of top Wall Street banks and have the relationships and experience to propel Banker Bay into an aggressive phase of growth."

Banker Bay’s aim of solving long existing problems of firms not having an organized global network and efficient transaction management systems to work from, have struck a chord. Narain explains why he believes Banker Bay is spreading like wildfire pre-launch, "Our logic, which is essentially that there are better ways for firms to locate deals - and that platforms like LinkedIn, which do an excellent job in connecting people - do not connect connect specific opportunities, has been received very well. We saw a gap in the market with no real existing solutions."

Recognizing tech proficiency to be central to success, Banker Bay has assembled A+ Grade technology profiles on its advisory board. Hesham Salah, Head of Banker Bay's offices in Dubai, states, "We're blessed with top level know how from seasoned professionals like Bhawna Agarwal – who was a founding team member of Yatra.com and is now CEO Seventy MM – Srivibhavan Balaram, who heads Cloudbyte Inc – Anuj Sahai, who was the Head of Multimedia Search at Yahoo before joining Payback as the Head of Online Media & Redemption. These people have the experience to nurture a company at every stage of its growth. They are the kind of mentors one needs to be able to implement well.”

Perhaps the stars have aligned for Banker Bay as pieces of its puzzle have come together to spark a traction that's well ahead of its scheduled progress.

“We seem to be all set,” continues Pete Maher, who manages Banker Bay’s relationships in San Francisco, “There has been a $100M term sheet issued on a deal introduced by Banker Bay – we’re expecting two more term sheets for $30M – are in discussions for specialized relationships with leading SWF’s in the Mid East – are raising capital for a leading movie studio in Hollywood – things look very good. It’s time for us to now consolidate our position as a global leader.”

“We’re in a capital raising phase at the moment and are speaking to potential investors into Banker Bay,” says Nishith Mansata, “It’s great to see so much investor interest.”