Having online commerce sales to supplement the sales of an offline retail store becomes critical when most if not all retailers had to struggle with significantly lower footfall if any. 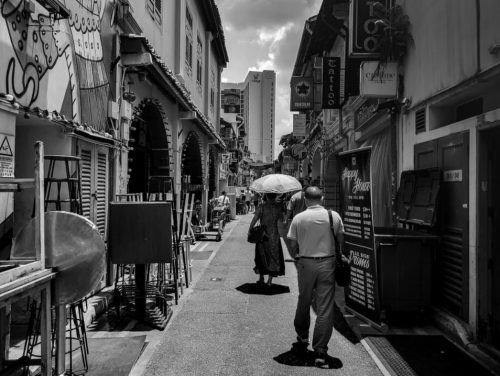 June 5, 2020 /MarketersMEDIA/ — Singapore like the rest of the world has enforced social distancing and movement control to contain the spread of the virus amongst the community. As such, most businesses had to close temporarily, as a result, suffered severe losses. These measures might be eased over the next few months, but the working culture foresees itself predominantly shifting to working-from-home before a vaccine is found. This has made it even more essential than ever that businesses re-invent themselves and establish an online presence in the digital realm for survival.

According to data on datareportal.com, Singapore in January 2020 reported 89% of consumers aged between 16 to 64 years old visited an online store, of which, 74% purchased a product or service online. Establishing an online presence, therefore, allows businesses to connect to 5.14 million internet users with an 88% internet penetration rate. Additionally, businesses can tap into 4.6 million social media users with a 79% social media penetration rate.

These figures, however, were measured before the crisis hit the nation, and could perhaps be much higher now than previously reported.

Having online commerce sales to supplement the sales of an offline retail store becomes critical when most if not all retailers had to struggle with significantly lower footfall if any. The ability to quickly establish a prominent digital presence will determine if a business can survive this retail apocalypse possibly eclipsing upon the nation now.

However, this digital transformation process can be overly complicated and frustrating for the less savvy. The fact is “going digital” requires substantial know-how in order to reap the supposed benefits.

As a result, many traditional retailers are turning to online platforms such as V-MORE AdTech for help. V-MORE AdTech, an omnichannel platform that has a significant and ever-increasing user base that could make a stark difference in the reach of these businesses, especially in terms of digital promotion and advertising.

Established platforms like V-MORE AdTech offers up an opportunity for new and less savvy retailers to tap into them for a smoother and easier transformation.

The food and beverage industry (F&B) being one of the industries that suffered the greatest impact since the “circuit breaker” measures were implemented are reportedly seeing positive results through V-MORE AdTech very quickly. Some of those that witnessed a rise in sales with digitalisation through V-MORE AdTech included Thunderbolt Tea by Boon Lay Traditional Hakka Lui Cha, Three’s A Crowd Cafe, New Teck Kee Chicken Rice and Soy Inc.

Thankfully with agencies like Macchiato Advertising that are actively helping traditional businesses as a bridge to platforms as V-MORE AdTech, to make the digital transformation even easier, we should see more businesses spawn and flourish in the digital realm very soon.