Do you want more traffic and exposure? Get on APNews now
Sign Up Your Account Send Press Release
MarketersMEDIA / Newsroom / NewSky Introduces Chinese and Japanese Language in Their Courses Taught

NewSky Introduces Chinese and Japanese Language in Their Courses Taught

NewSky offers Japanese and Chinese language learning courses apart from their English classes for all. 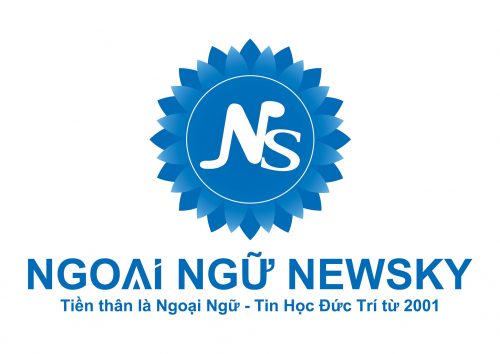 Hochiminh, Vietnam - February 3, 2020 / / — NewSky has started Japanese and Chinese language training along with their existing English language classes. This educational institute is doing great work, which led them to achieve quite a success in Vietnam and an ample number of students. With increasing demand, they decided they would add Japanese and Chinese language classes to their roster. By the looks of it, their classes are filling quickly.

This educational organization was started to educate Vietnamese people so that they can speak English easily. With the rising demand for this language in a short period, this institute became popular, and more people were enrolling for learning English. Later, this firm realized that people were eager to learn Chinese and Japanese language, too, which is why they decided to introduce the course also.

The head of this institute remarked, “Growing up, I saw that many people wanted to learn to speak English for their job and other purposes. This is why I opened this institute to help people learn easily. I didn’t think people will be so eager to join the classes. Once it became a successful endeavor, I decided to introduce other languages, too, like Chinese and Japanese.”
The educational firm has different courses for a different level of students. It was decided that all languages will be divided into three categories novice, advanced, and expert. Depending on how well one can speak and understand a language, the institute puts one in a class accordingly.

With more job openings in China and Japan, more people are trying to learn these languages. Also, there are many jobs where one would require speaking either of the languages, which is why more and more people are trying to learn it quickly.
Also, this company is planning to introduce more languages in their institute which some people might want to learn. With more opportunities opening up, demand for knowing languages other than the native tongue is becoming a trend in this country. View here

The head tutor of this institute mentioned, “We want people to learn other languages as it helps in making themselves understood in broad terms. Also, we train in a way through which our students always score very well in TOEIC and other examinations. We are also proud to add Chinese and Japanese language to our teaching course.”
What courses they plan to add more and how those will fare is something that will be known to all after those are introduced. For now, it looks that the institute has done a tremendous job, and their class is filling quickly.