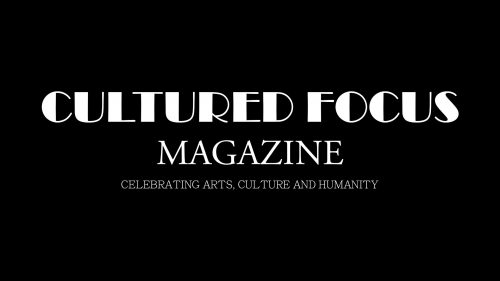 New York, NY, United States - December 23, 2020 /MarketersMedia/ — At the beginning of 2020, no one could have predicted that the year would be filled with the challenges of a global pandemic, yet with such hardships we came to see how the human spirit prevails and triumphs through adversity. As so many have done before us, we have often turned to music to help guide us through difficult times, to soothe the hurt, and provide hope and inspiration. Top musicians that helped to inspire us this year included talented composer and seven-time Emmy winner
David Klotz, known for the hit TV series “Stranger Things,” Australian musician Frally who covered the hit song “Girls Just Wanna Have Fun” from the Paris Hilton documentary, and Brooklyn native Damiyr Shuford who debuted his latest single “Alive Ones” from his upcoming sophomore album. Likewise, global sensation Austrian pop singer Leo Aberer, known for his upbeat chart toppers such as “Football Is My Life,” performed live to the delight of fans.

The challenges of the pandemic took its toll on the film industry, forcing many to adapt or be out of work for months. The artist’s that were able to pivot and forge ahead despite the hardship, spoke about the challenges of filming onset during the pandemic and coping in a climate of uncertainty while remaining hopeful and positive. For instance, actress Catherine Curtin lifted spirits with the comedy “First One In,” actor Richard Kind used the hilarious mockumentary “The Social Ones” to help relieve us of our anxieties, while Saturday Night Live comedian Chris Redd provided a much needed escape with the comedy/horror film “Scare Me.” The actor Jay Giannone (known for “Scalpers,” “The Departed,” and “American Hustle”) spoke about films that were supposed to be in pre-production being halted by coronavirus and union challenges. All of which led to perhaps the most difficult disruption: less performance opportunities and the lack of on-set camaraderie from the cast and crew. However, Giannone felt blessed to be one of the lucky ones that had filmed several features in the first quarter ahead of lockdowns. He was excited about the highly anticipated and newly released “Pentinent Thief” on December 22nd, 2020, which he co-produced and is available across streaming platforms including iTunes and Redbox. The film is an epic story of bravery, atonement and hope directed by Lucas Miles and available now on Amazon for pre-order. Despite a year of ups and downs, film functioned as a much-needed diversion and the aforementioned talented artists did not disappointment.

Beyond the world of entertainment, the “Voices of Hope” series also provided an opportunity to educate and lift spirits. We heard from leading practitioners working on the front lines with patients such as Dr. Brandy Brown, DNP-FNP-C on the importance of following coronavirus precautions, licensed social worker Mia Edwards, MSW, LSW on mental health, and nurse practitioner and coronavirus infection survivor LeQuawn James on how to cope with health challenges. All spoke to the extraordinary strength and determination of the human spirit, which continues to thrive even during sudden and widespread adversity.

About Cultured Focus Magazine
Cultured Focus Magazine is an entertainment magazine that provides the latest in American and international arts and culture. Since inception, the magazine’s aim has been to celebrate and highlight the diversity and unique beauty of cultures from around the world. Readers are able to discover stories and hidden gems of knowledge and insight through curated content such as independent films, documentaries, news, in-depth interviews and events/live experiences. The magazine, which was created in 2016, is a subsidiary of GR Multi-media productions.